The Model of the United Nations Organization: Scandy – 2011

The Model of the United Nations Organization: Scandy – 2011

From the 2nd of December through December the 3rd Scandinavian Gymnasium hosted the Third Scientific Conference "The Model of the UN. Scandy - 2011". The teams from Kyiv schools (“The Leader” and “The Scientific Successors” lyceums, the Kyiv Engineering Gymnasium, Gymnasiums # 323, #48 and school #136) participated in the conference.

This game was an opportunity to demonstrate the knowledge of the socio-economic structure of the countries-participants, of the foreign language, the ability to bring one’s views to the students of the same age.

During a two-day committee activity various issues that concern humanity were addressed, and in the first place, the issues of disarmament and international security, control over the use of GMOs, the fight against hunger and AIDS in the time of economic crisis, religious intolerance based on racial discrimination, innovative energy technologies in developing countries.

In the framework of the conference the photographic competition "While I Live - I Hope" devoted to the World AIDS Day was held, and a special conference in which Mr. S. Borshchov, PhD, infection disease doctor, took part.

For the first time, in the course of the conference the Diplomatic Ball took place during which the participants followed all the rules and canons of the Protocol. The Ball started with a classical waltz, captivated the participants and spectators by polka and mazurka, made their heads turn with dancing the inflammatory sirtaki.

All the participants were awarded the prizes from the DRDA, the most active – special prizes.

We would like to render special thanks to K. Glotova and I. Savinaynen, as well as the parents of 8-11-grade students, who created special and comfortable atmosphere for this productive conference. 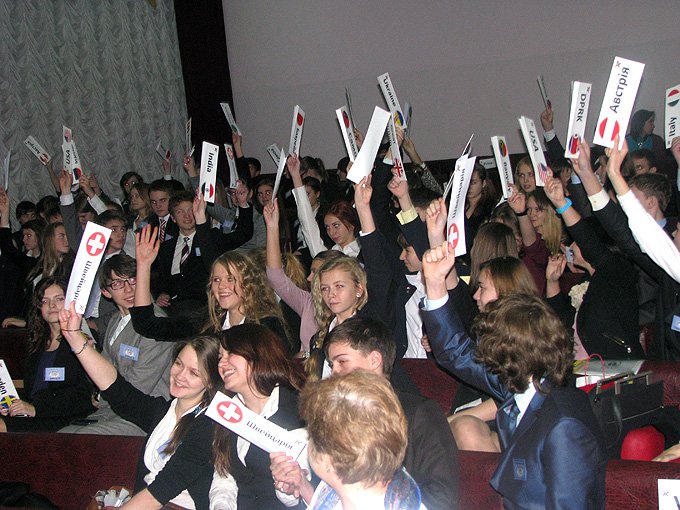 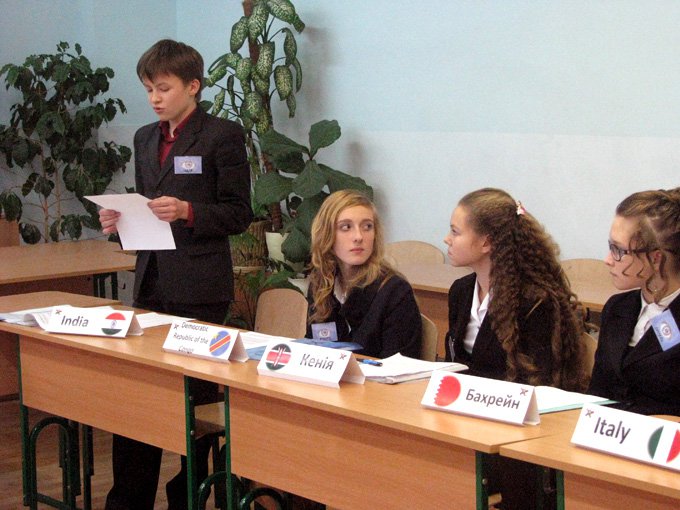 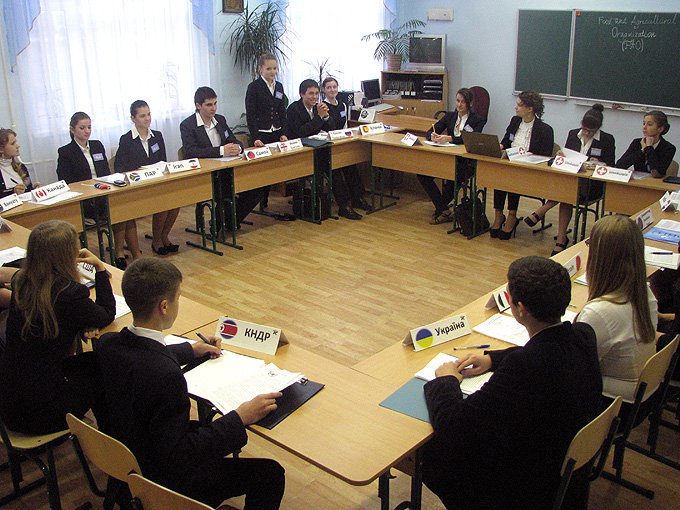 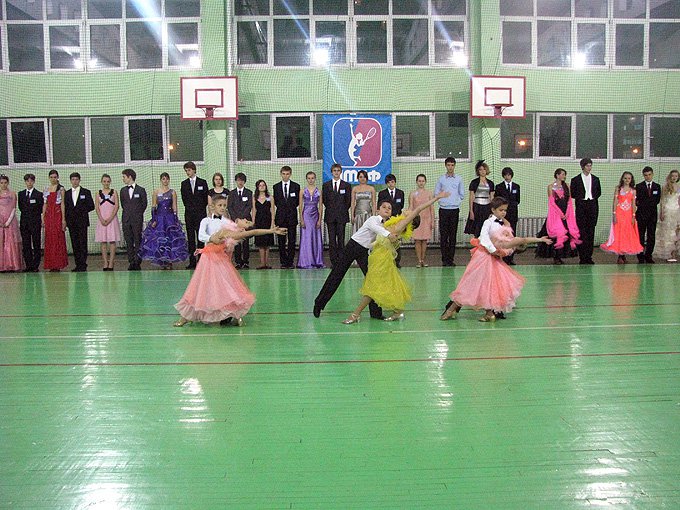 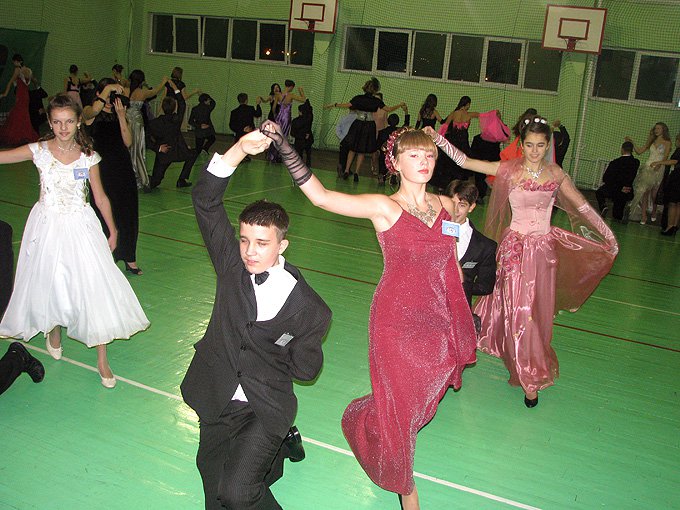 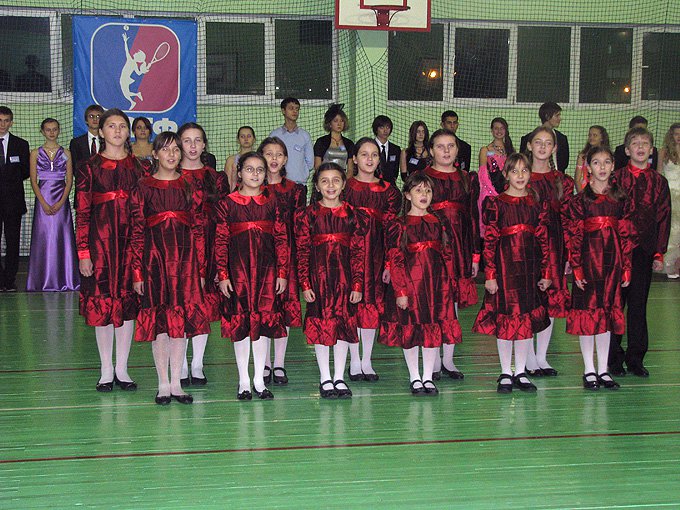 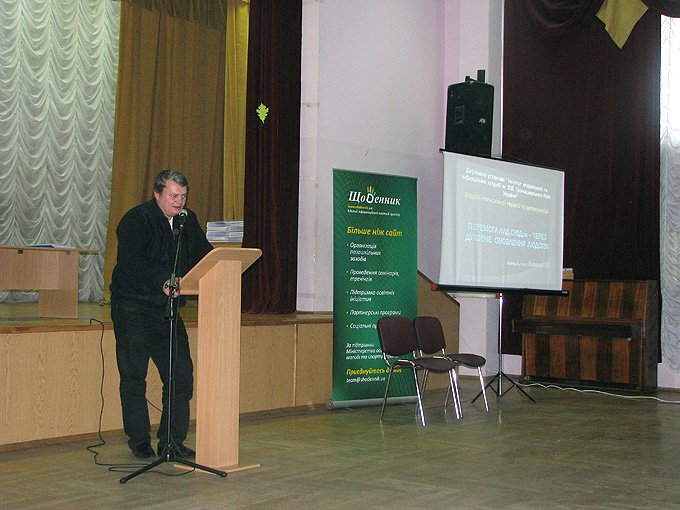 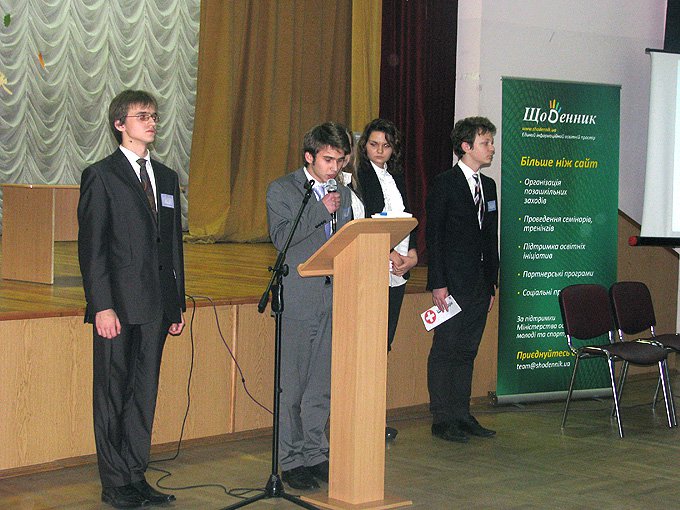 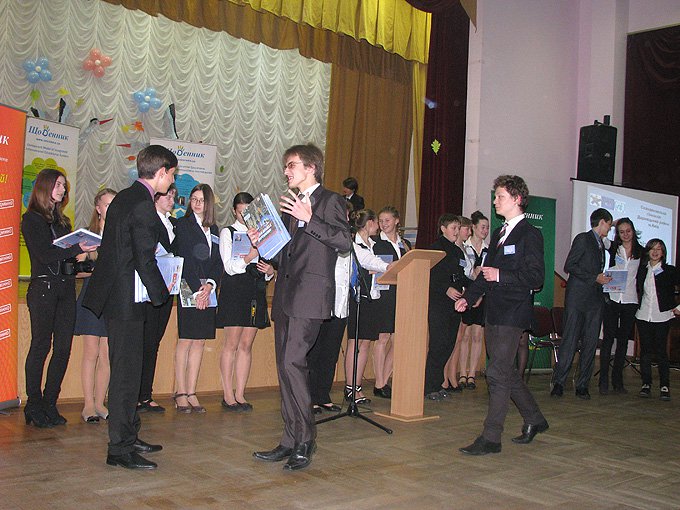