In March, 2011 the students of the 8th forms of the gymnasium under the direction of the teacher of English Olesya R. Rozvaga took part in an extracurricular measure «Parade of English traditions. Five o'clock». The students became acquainted with the history and the origin of tea-drinking, learnt new and interesting details about tea traditions in Europe and Britain.

The students arranged the classic English tea ceremony and made original cups, which afterwards grew into a colorful collage. The extracurricular measure was conducted within the framework of the Week of Foreign Languages. We hope that similar non-standard lessons will be instrumental in subsequent growth of personal interest of our children in polishing their English. 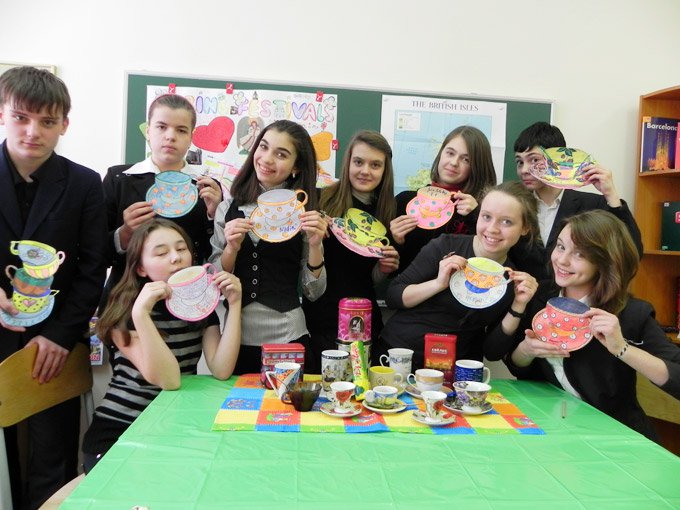 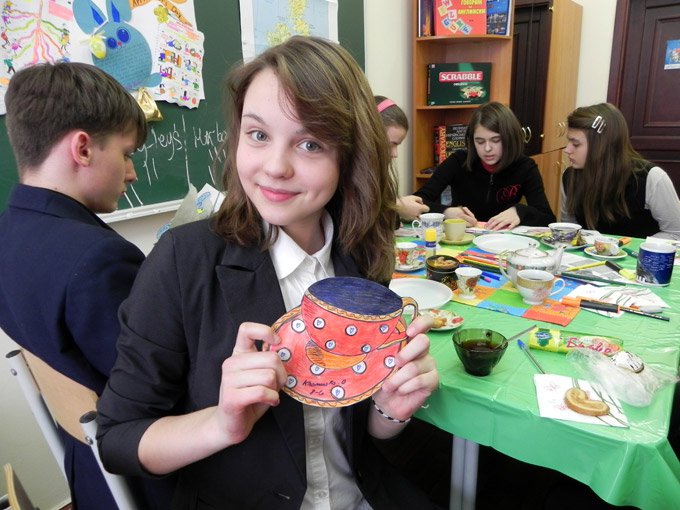 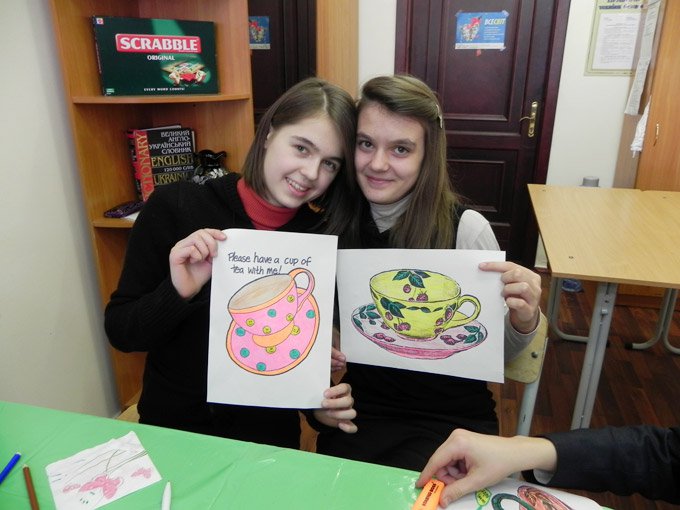 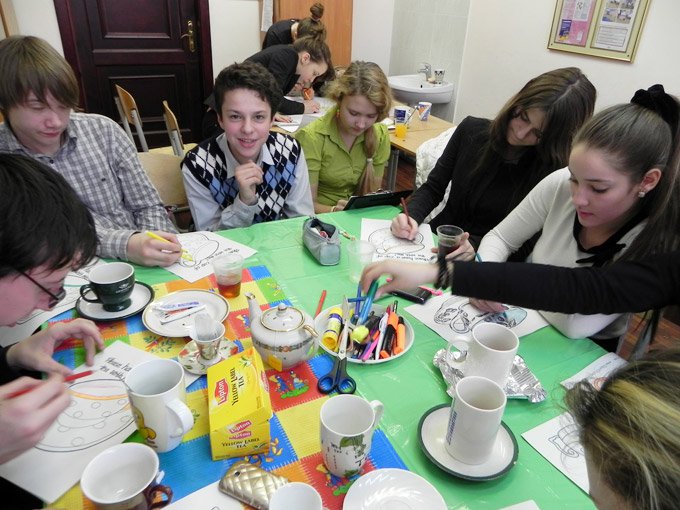 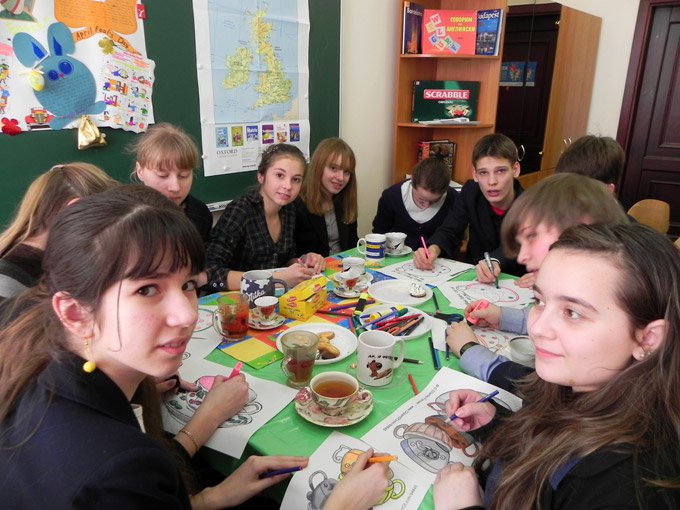