Meeting with the Danish guest

Meeting with the Danish guest

On March, 29th, 2011 the guest from Denmark, Ms. Bergitta Volsberg, visited us for the second time. The students were glad to see the native speaker again because the common language was found with her during the lessons last year.

In the lessons the urgent present day problems were discussed. One of the topics discussed was Japan which is now experiencing great problems and challenges. Everybody expressed one’s opinion about it.

The students also asked Ms. Bergitta Volsberg about her impressions of Ukraine. She told the children about her excursion to Chornobyl which she visited prior to Scandinavian gymnasium and answered all the questions which the interested children asked. She also said that the mentality of Ukrainians is different from the traditions of the Danish citizens.

In the evening Bergitta left Kyiv but the students of our school will be happy to greet her again in the near future. The administration of our school invited Ms. Bergitta Volsberg to come in autumn to the gymnasium for a certain period of time with the purpose of teaching the Danish language. 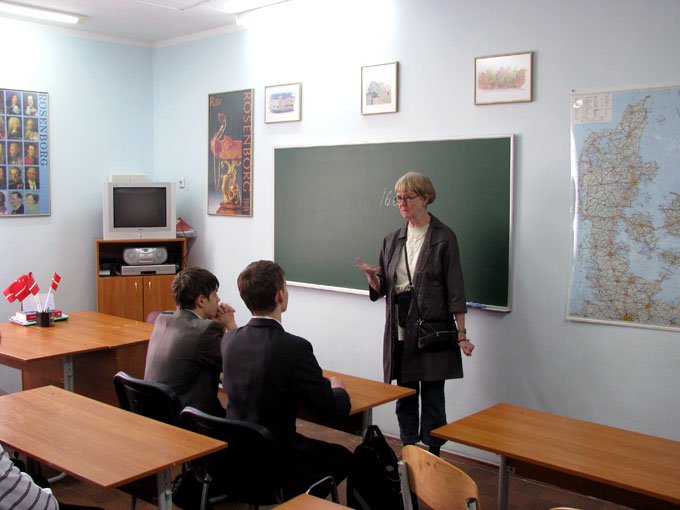 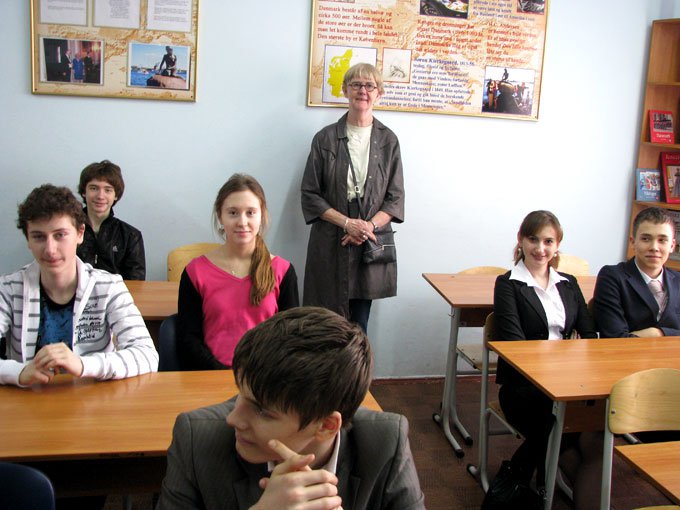 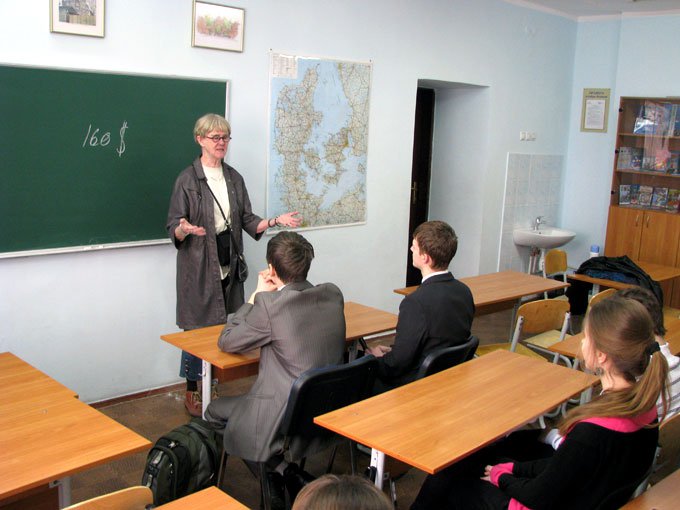