Congratulations to the Champion of Europe!

The New Year has brought a nice gift to theTennis Federation of Ukraine and to our gymnasium: Daria Snihur, our 8th-grader, has won the European Championship which took place in Moscow.

In the European tournament which was attended by representatives of about 20 countries, Dasha easily defeated her opponents in the finals and won a victory beating Oksana Sehmeteva (Russian Federation) scoring of 6:2; 6:4.

We congratulate Darya with another victory and wish her success in the next competition! 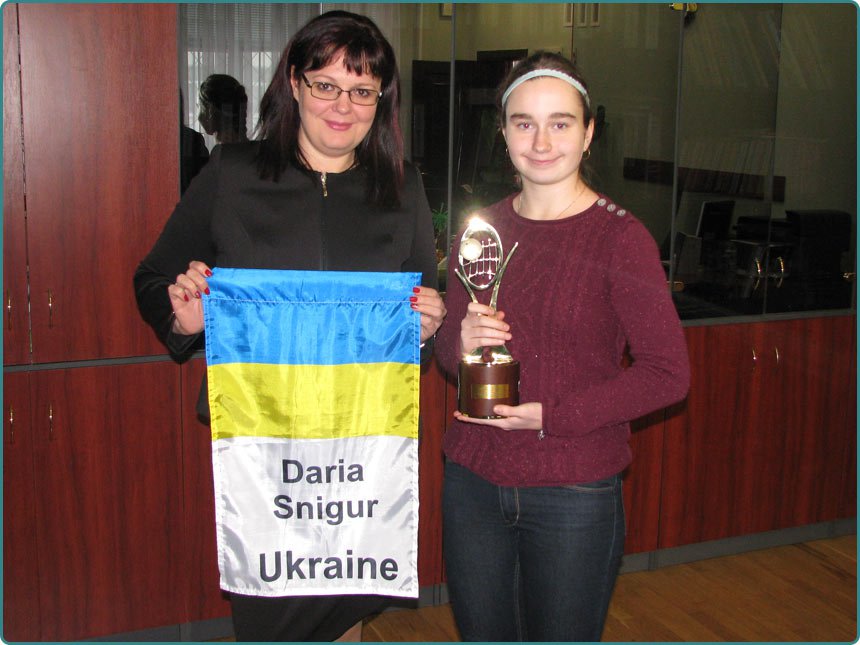