Celebrating the Birthday of the Gymnasium

The sixth-graders had a task to congratulate the gymnasium on behalf of the literary characters. Therefore, the 6A form addressed the fairy tales by Hans Christian Andersen, the 6B form presented the remarkable "Bremen Musicians", the 6V form pleased the audience with the "New Year's Adventures of the Monkey". Well-dressed students of the 6V form invited the spectators to the "Twelve Months" fairy tale, and the 6D form presented the fairy-tale modern. 6E turned the fairy tale "The Sleeping Beauty" into "The Scandinavian beauty".

The seventh forms creatively presented the world continents. Therefore, the 7A form in the Brazilian costumes provided comprehensive information on South America. Together with the Cossacks, the 7B form “discovered” North America. The guests went to the Venetian Carnival thanks to 7B which presented Eurasia. Together with the Savage Garden band of the 7G form the spectators went to Australia. With the “Penguins” of the 7D form the audience had an opportunity to visit Antarctica.

The students of the 8th forms by their bright performances sent congratulations from India (8A), Poland (8B), China (8G), to Brazil (8B). All the performances were accompanied by video and the students were dressed in multi-colored costumes.

The Birthday of the Gymnasium is always crowned up with an outstanding event - the "Miss and Mister of the Gymnasium" competition. This year the couples competed in dancing, intellectual rounds, and together with the student's collectives, represented homework on the subject "If I Were a President."

Our senior students impressed the audience with incendiary dances, creative answers, patriotic songs and theatrical performances. According to the decision of the Jury Alina Sandul and Daniil Guralnik (10A) became “Ms. and Mr. of Scandinavian Gymnasium – 2016”.

We would like to say “Thank you!” to our teachers, parents and class collectives for preparation, successful performances, excellent mood and congratulations! 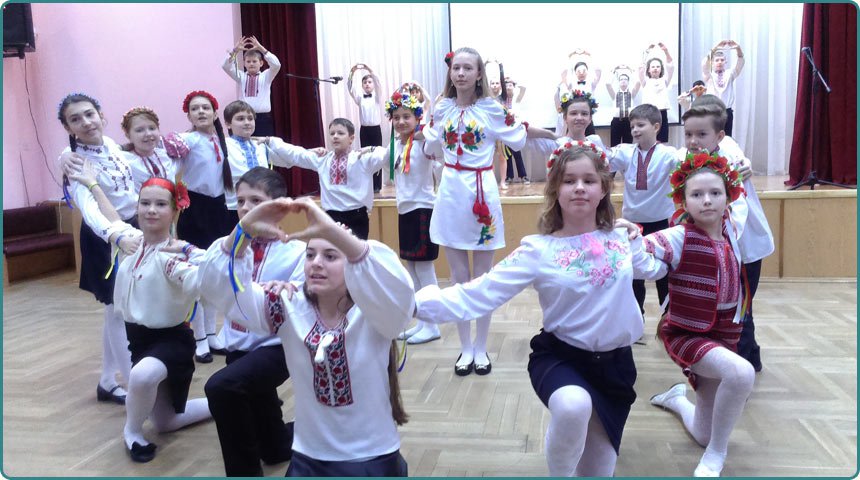 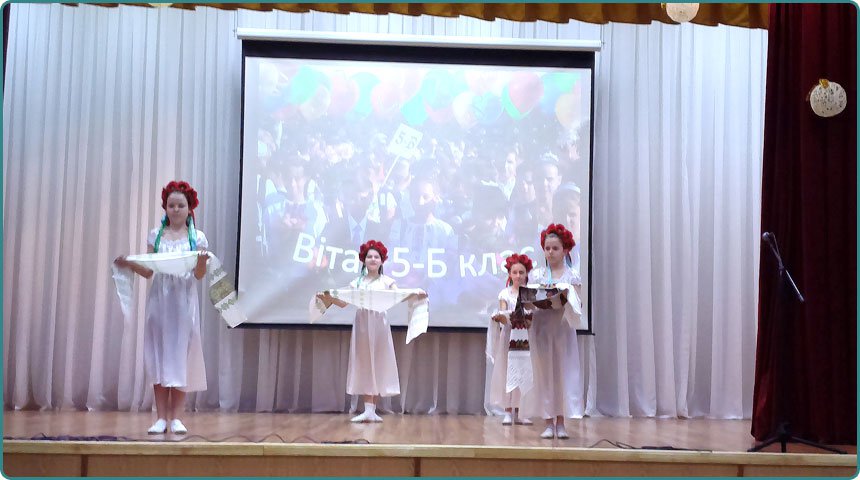 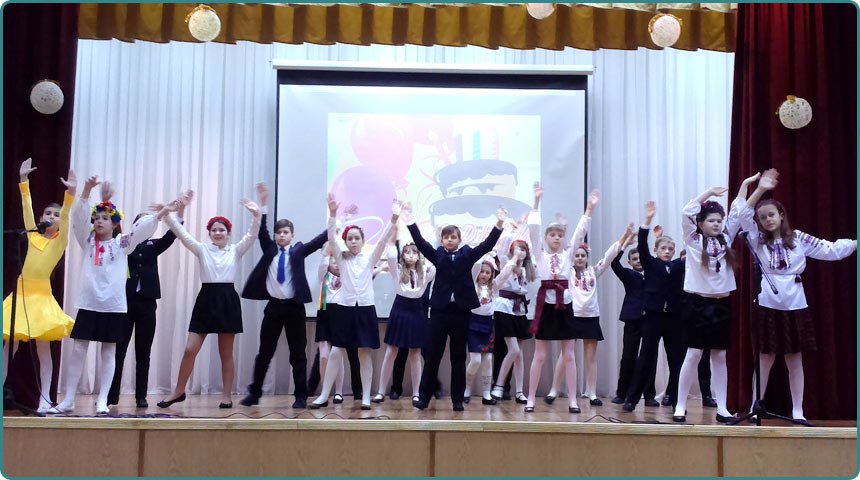 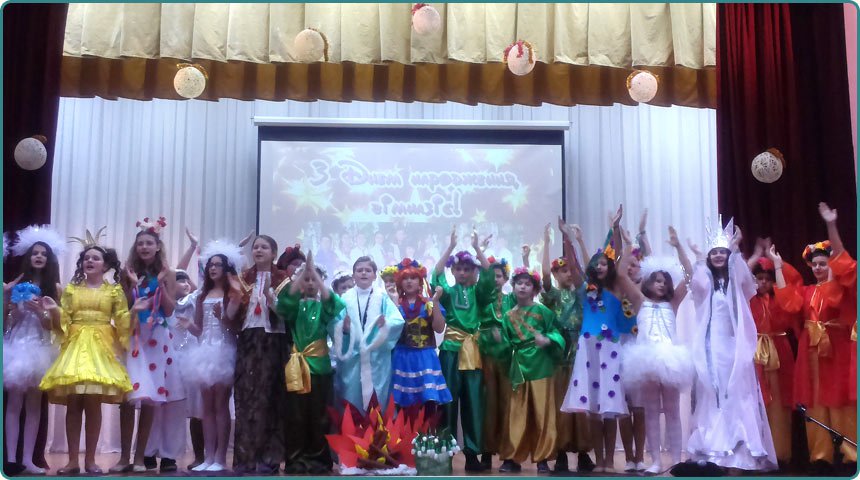 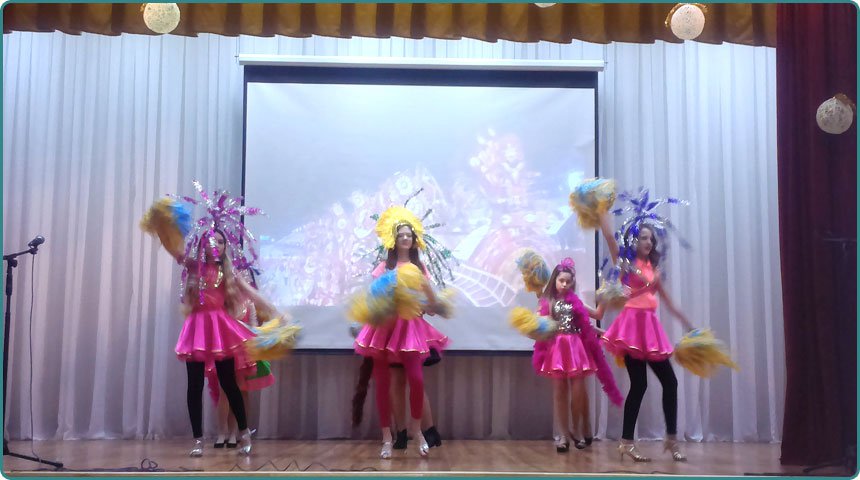 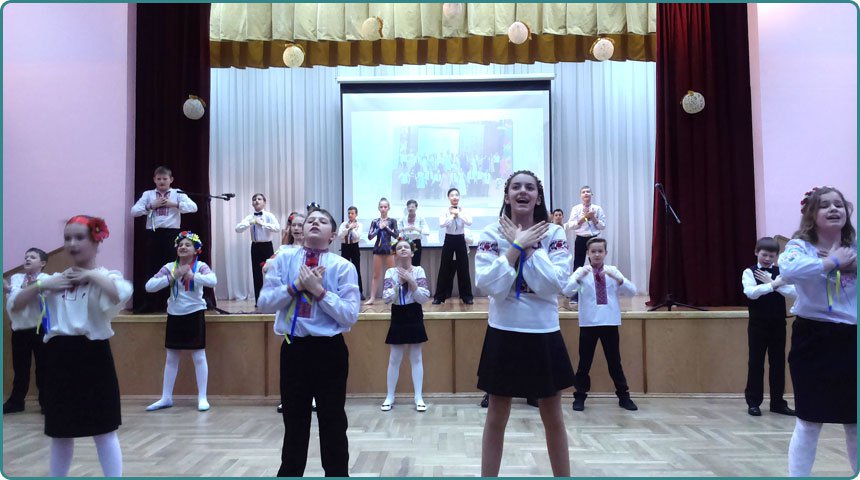 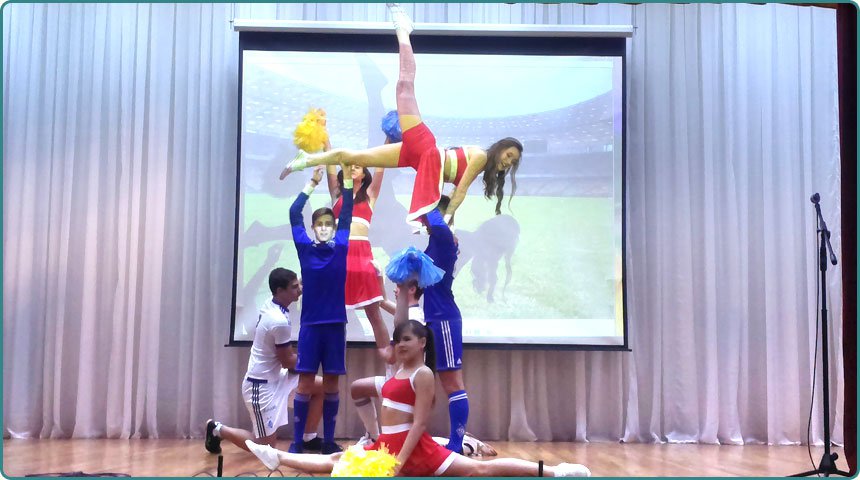 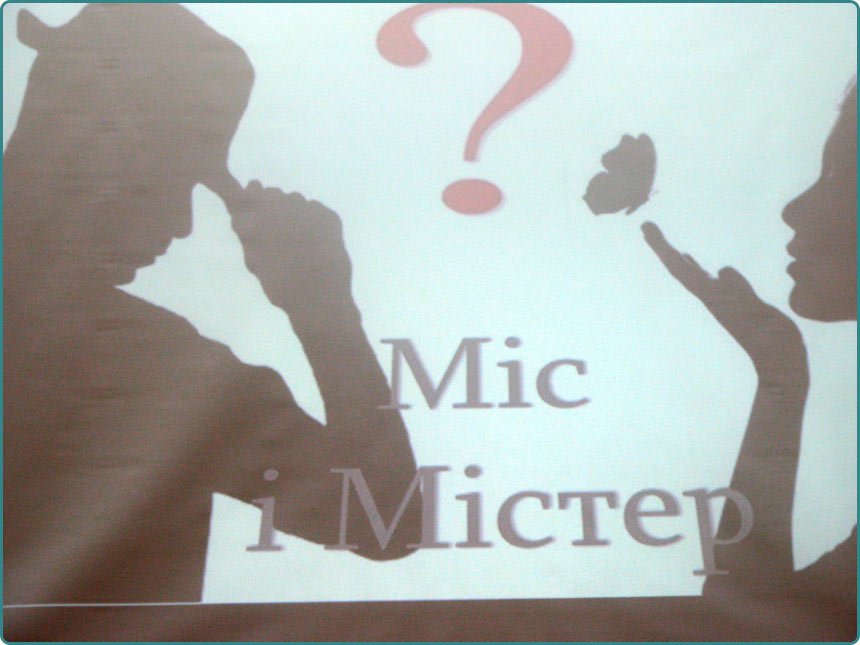 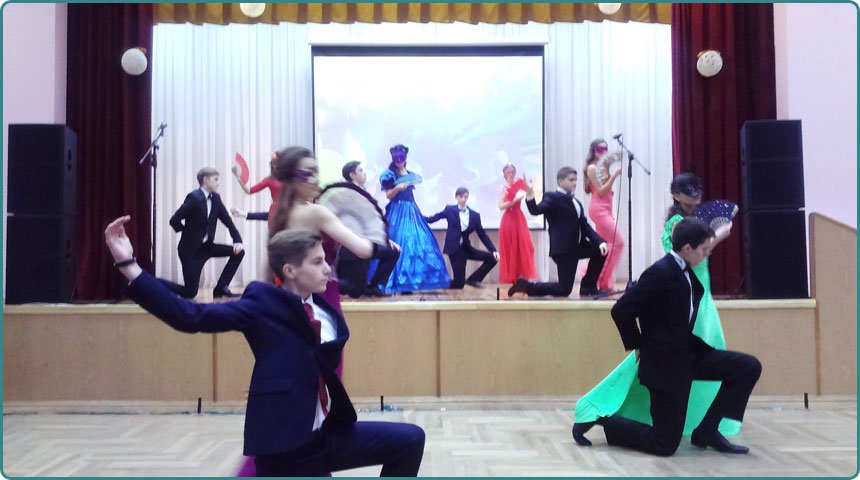 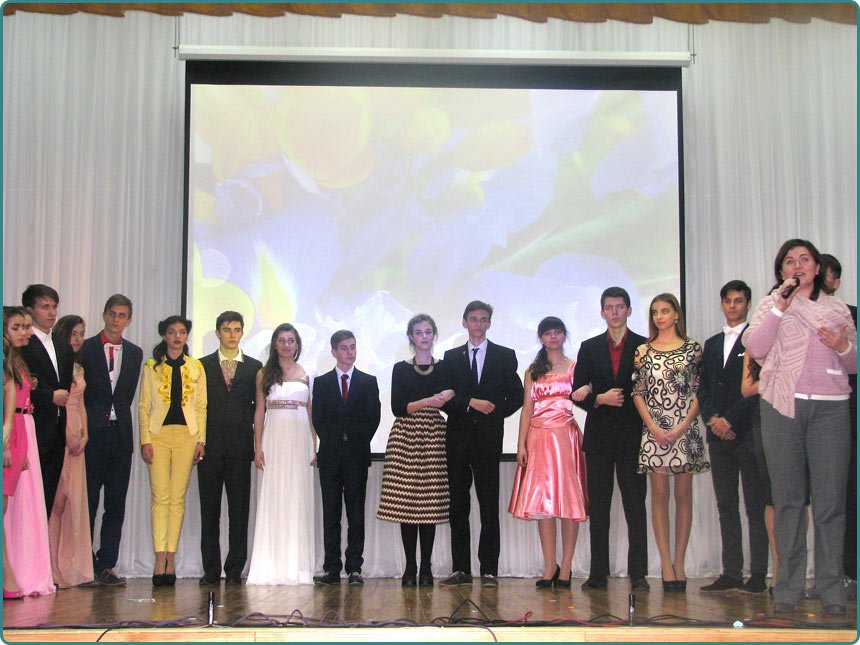 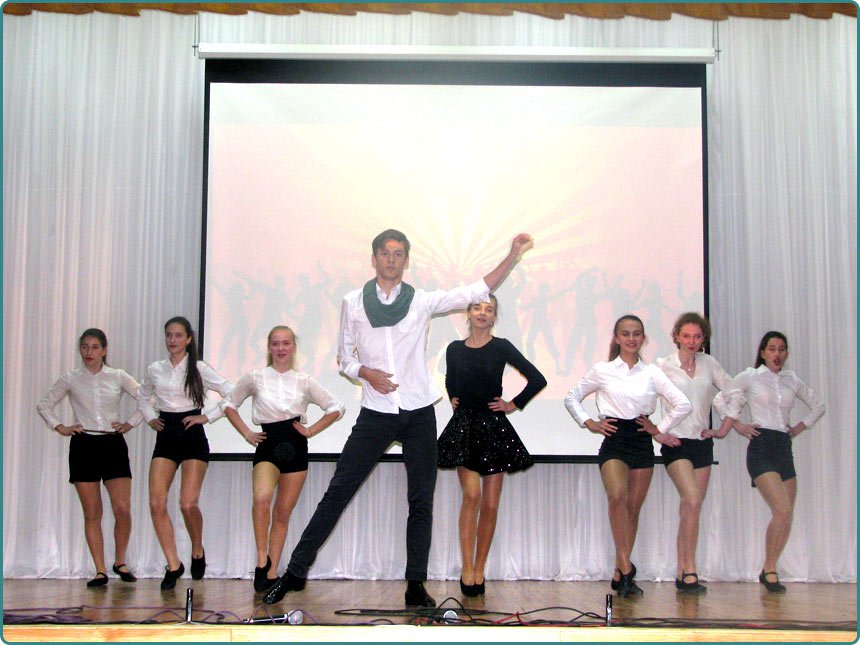 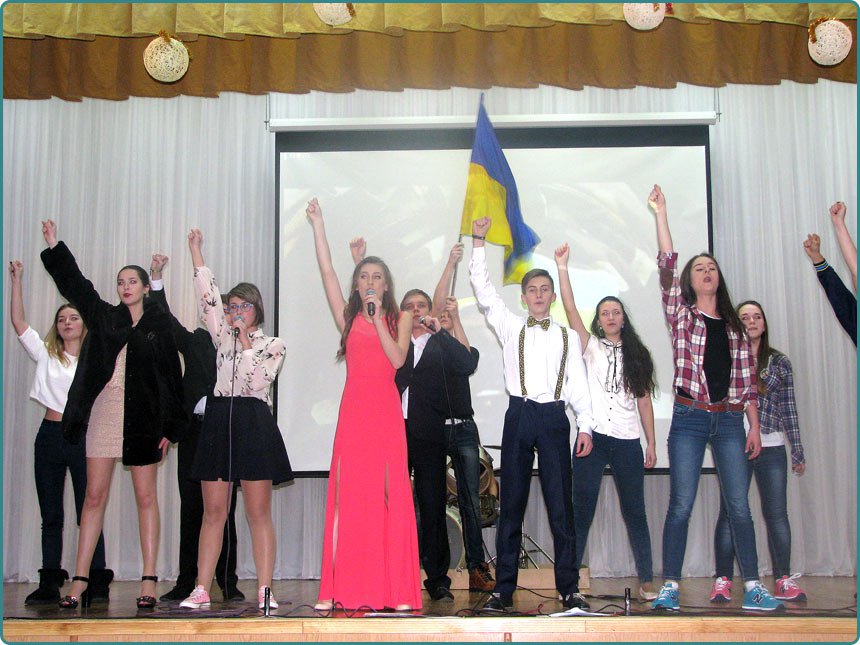 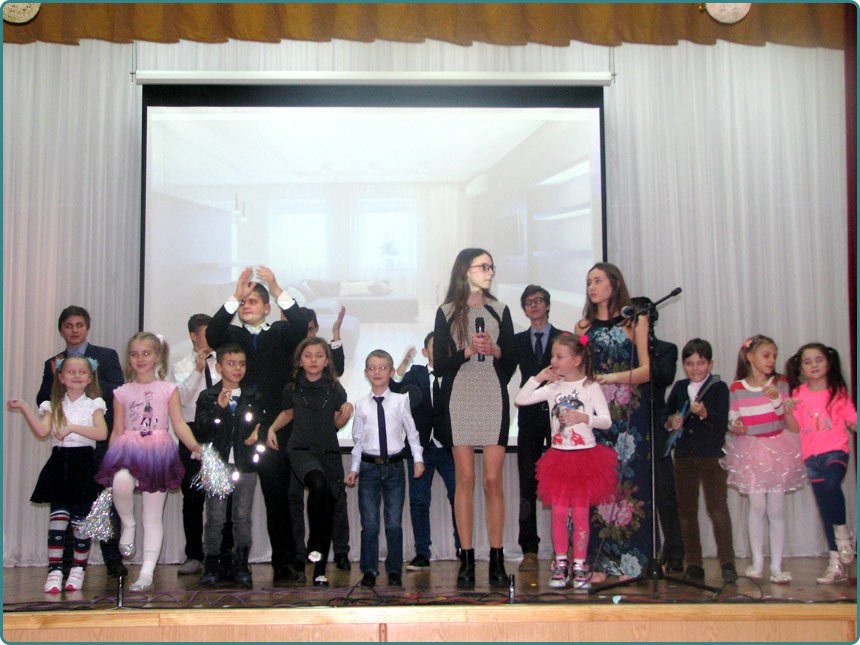 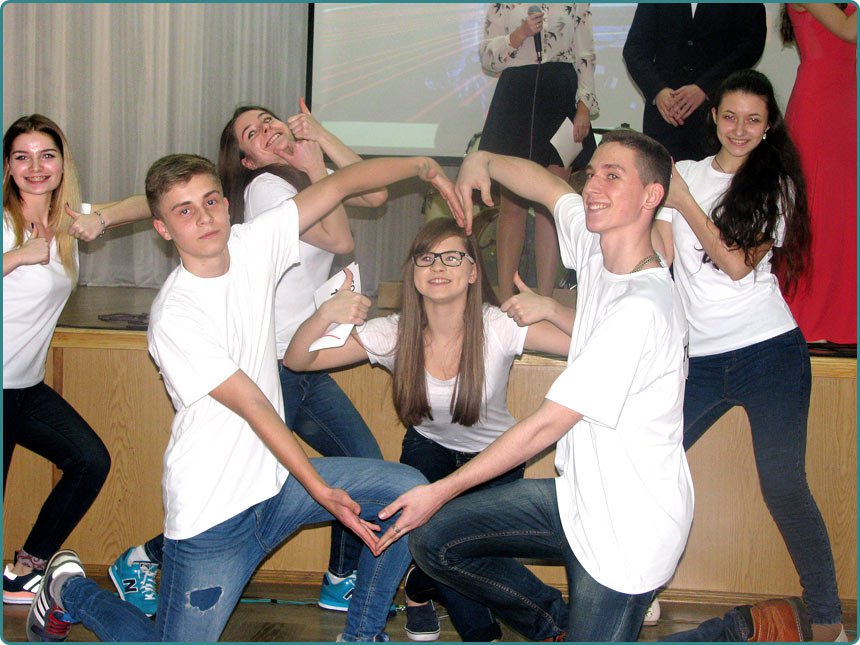 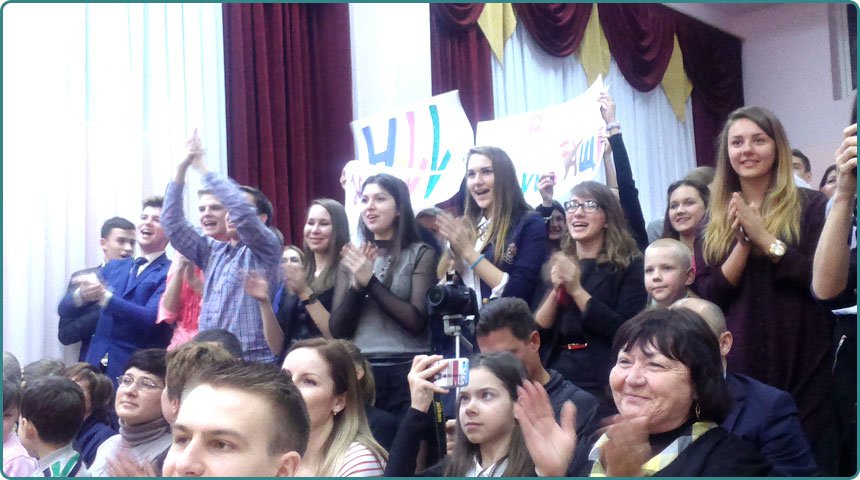 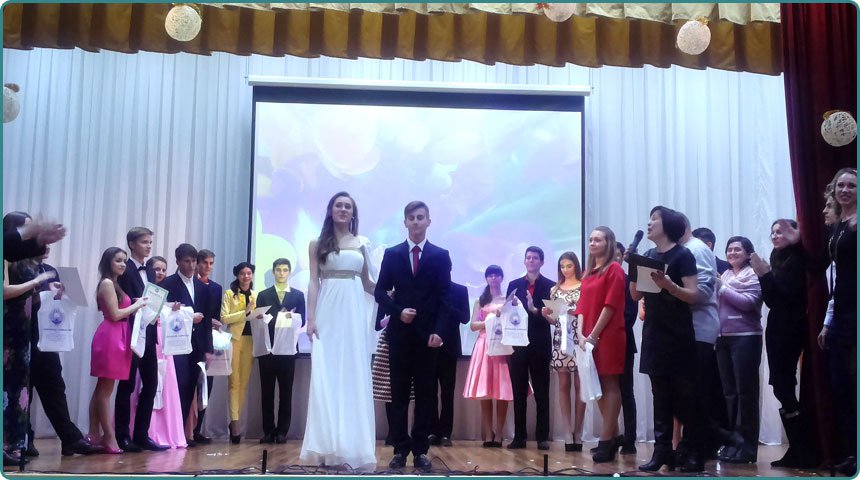 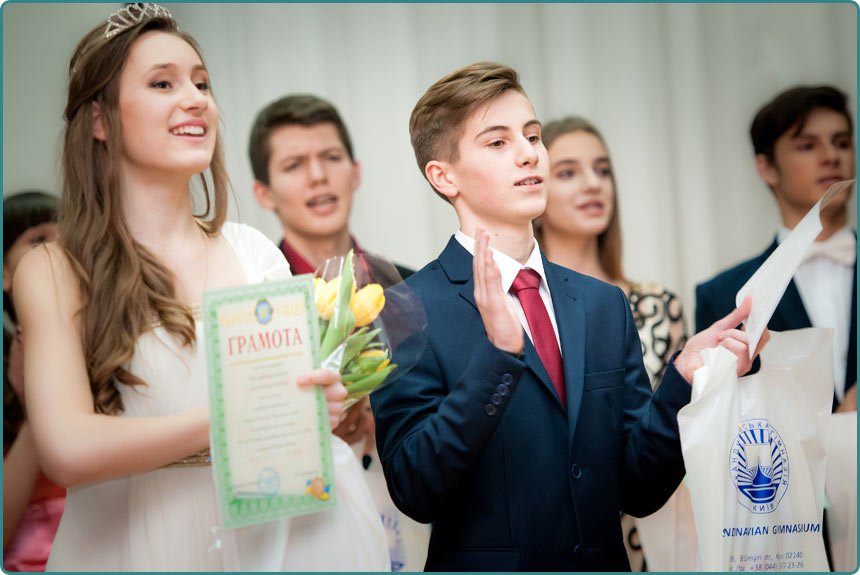