Everybody knows that a real tennis star, Daria Snihur (7A), studies at our gymnasium. Daria brings victory trophies from competitions from all over the world on a regular basis.

Congratulations to you,  Dasha! We wish you new sporting achievements! 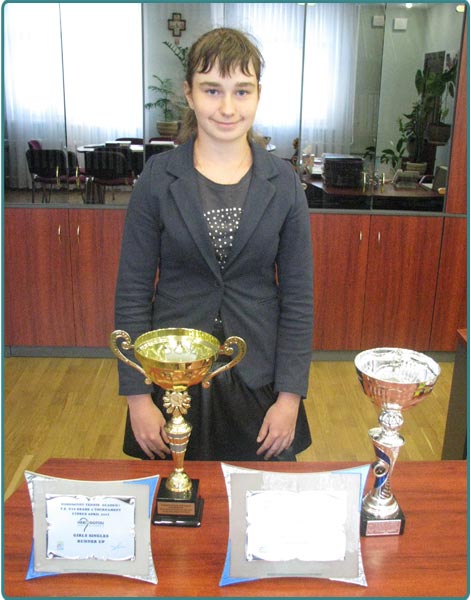