The Holiday of Embroidery united the whole family of Scandinavian Gymnasium in a joint desire for peace in our country. All the activities during the event contributed to national elevation and unity.

The competition of poetry readers “My people, it’s great that I have you in the world" showed high patriotic spirit of our students. Alexander Kharechko and Kirill  Kramskoy opened the competition with a rebel song honoring the memory of those who died for Ukraine. Sincerely, emotionally, artistically the students recited patriotic poems claiming their civil humanistic position. Our invited guests of honor, the Bergynya theater, prepared a performance which became an excellent addition to the holiday. A radio newspaper and an art exhibition "Embroidery – the symbol of the Motherland and a mirror of people's souls" have become traditional for our gymnasium.

A variety of techniques and genres of embroidered works presented was striking. Everybody realized that folk ornaments and patterns was a complex language with the nation code embedded.

The central event of the festival was the festival of ethnic cuisine "One country. We are Ukraine!” where Ukrainian, Armenian, Hungarian, Bulgarian, German, Polish and Russian national dishes were seasoned with fiery dances. The rainbow variety of dishes, traditions, peoples ... Only in the tolerant attitude to each other, mutual respect, mutual aid and unity is our strength!

“We are for peace!” is the slogan of the flash mob in 2015. Almost all of the students in the gymnasium united in patriotic impulses and in the schoolyard built the Trident and created the word "Peace."  To live. To create. To cherish  peace. That’s what our school family and all Ukraine strive for! 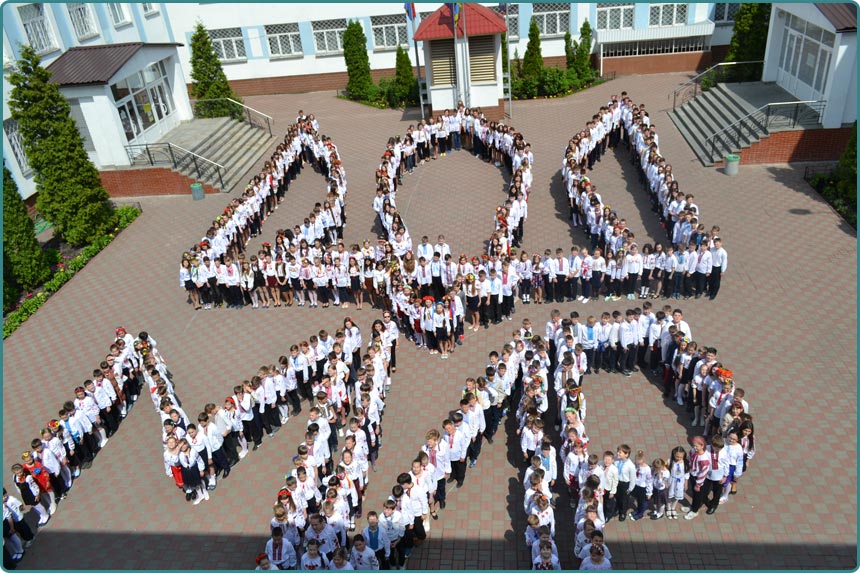 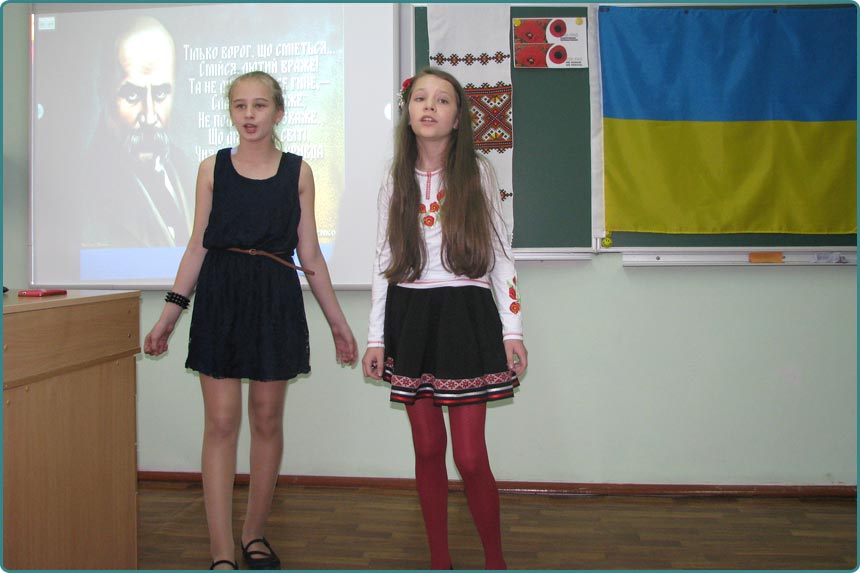 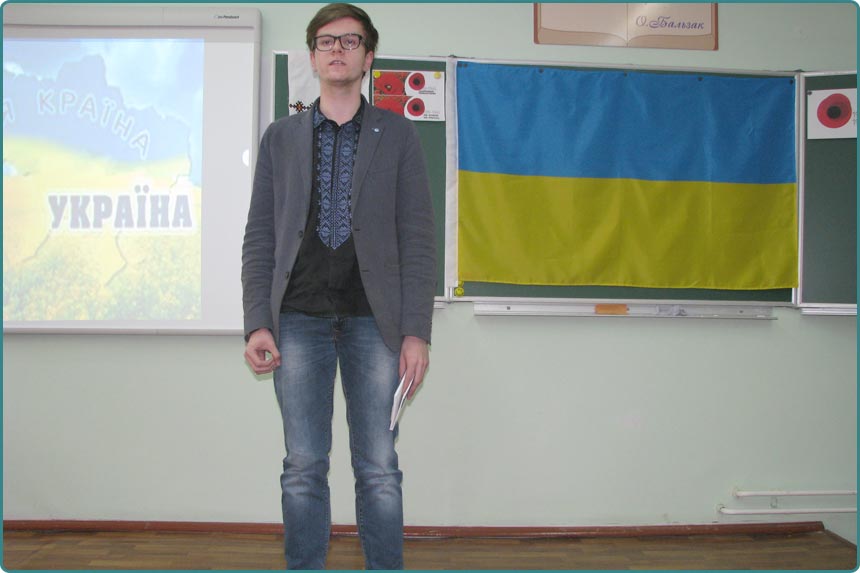 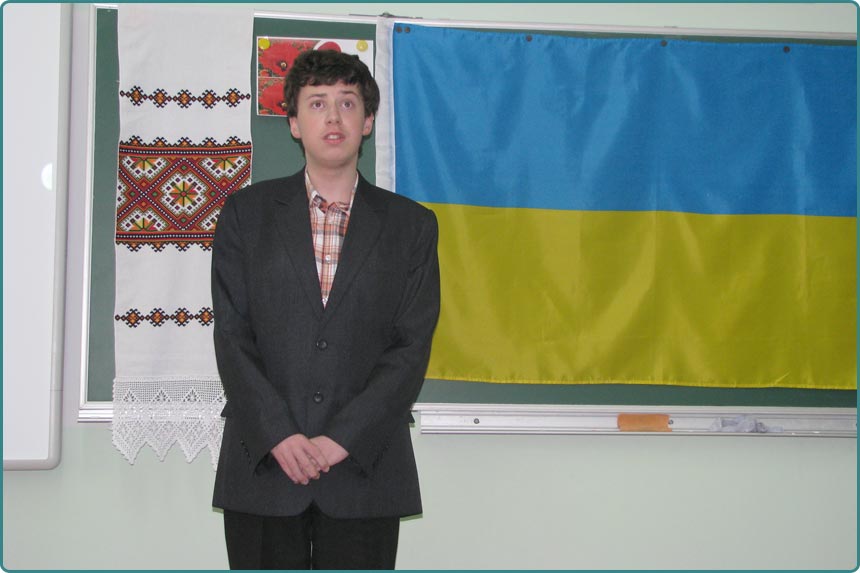 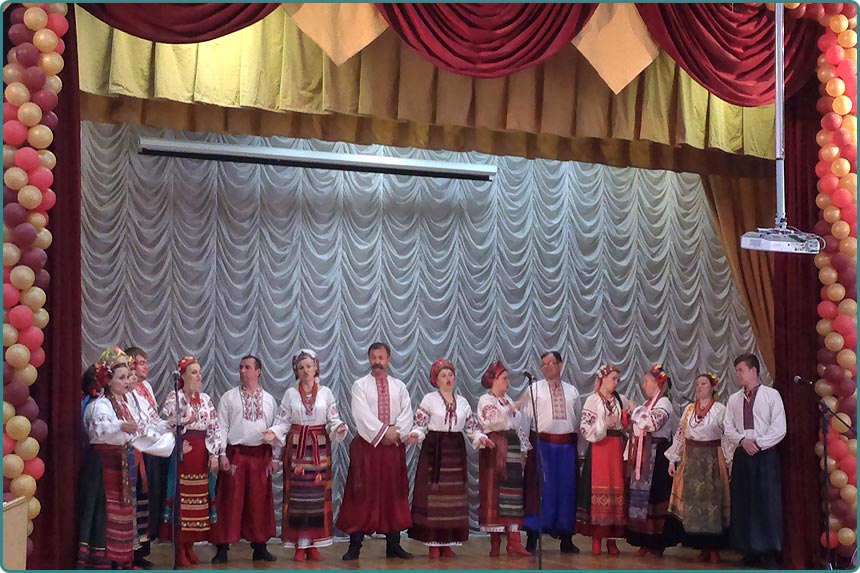 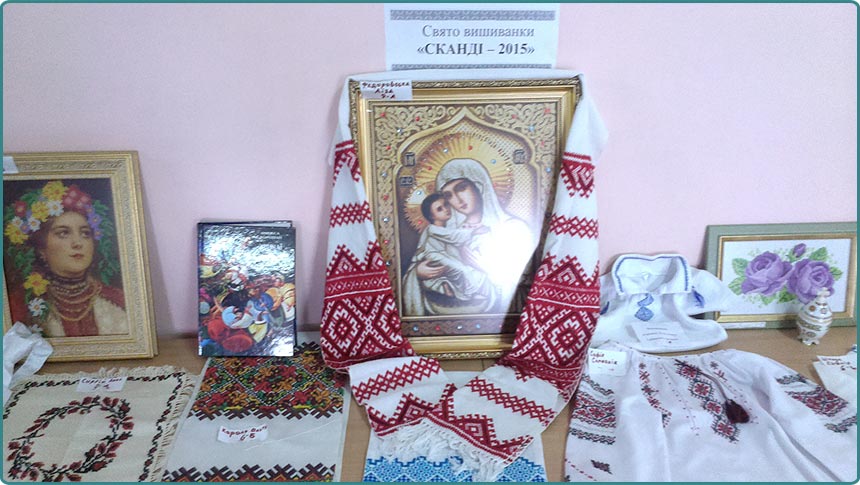 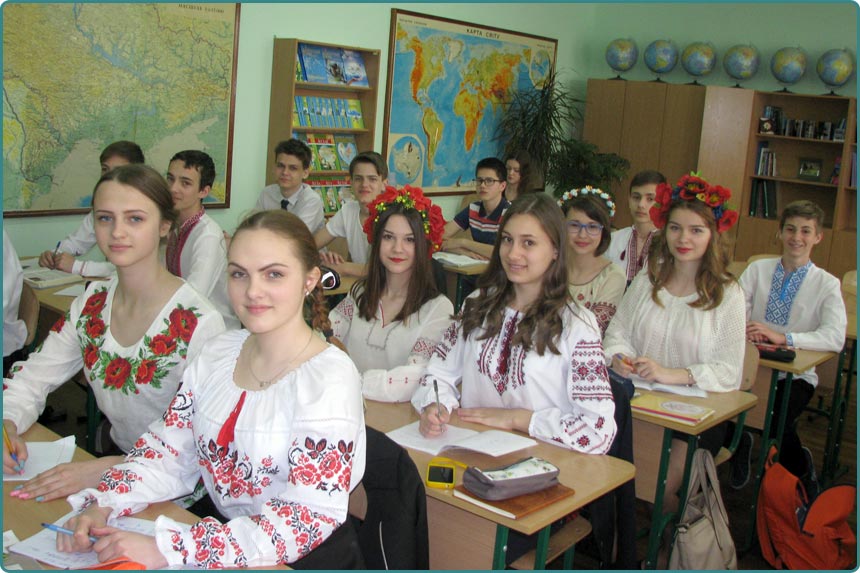 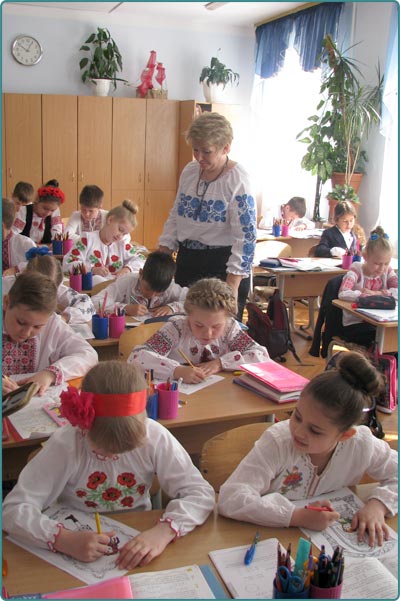 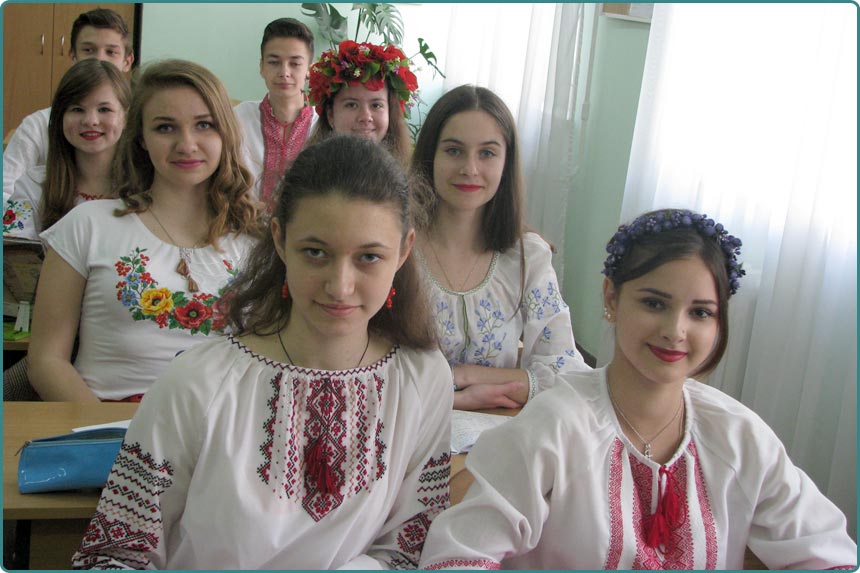 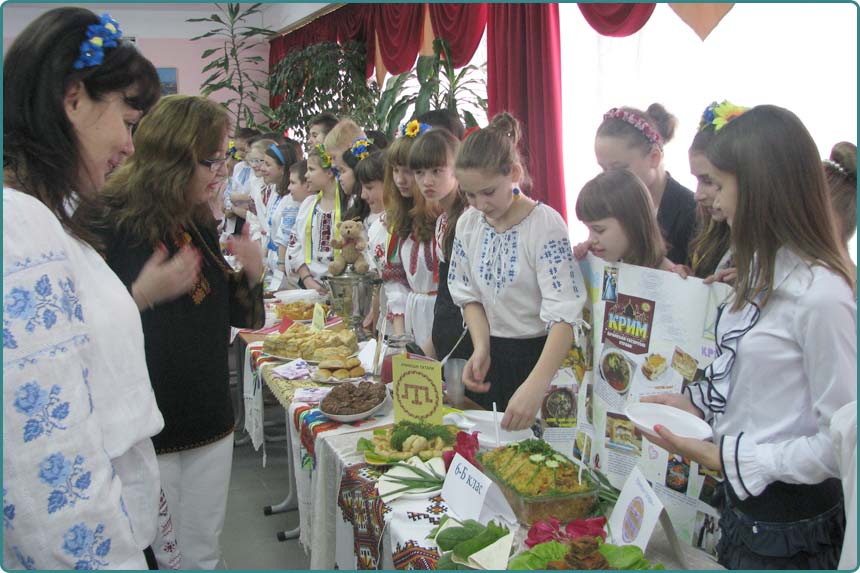 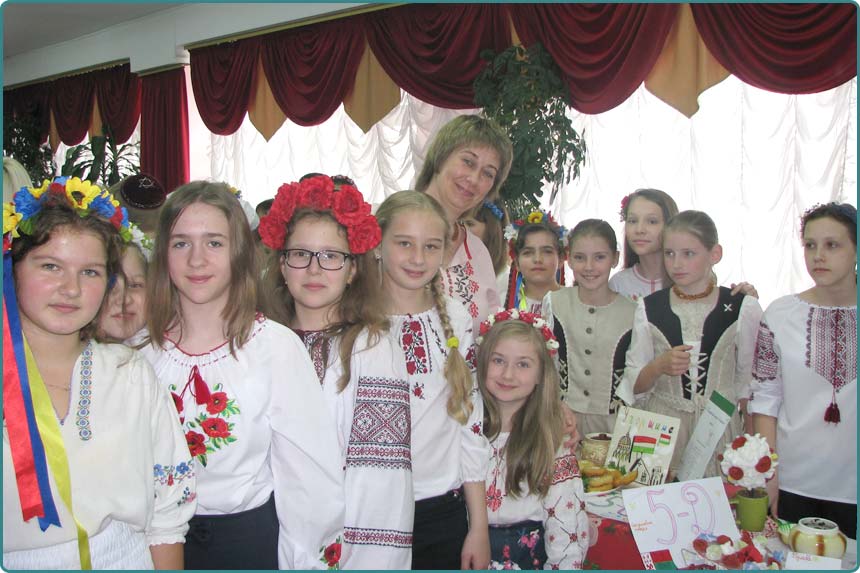 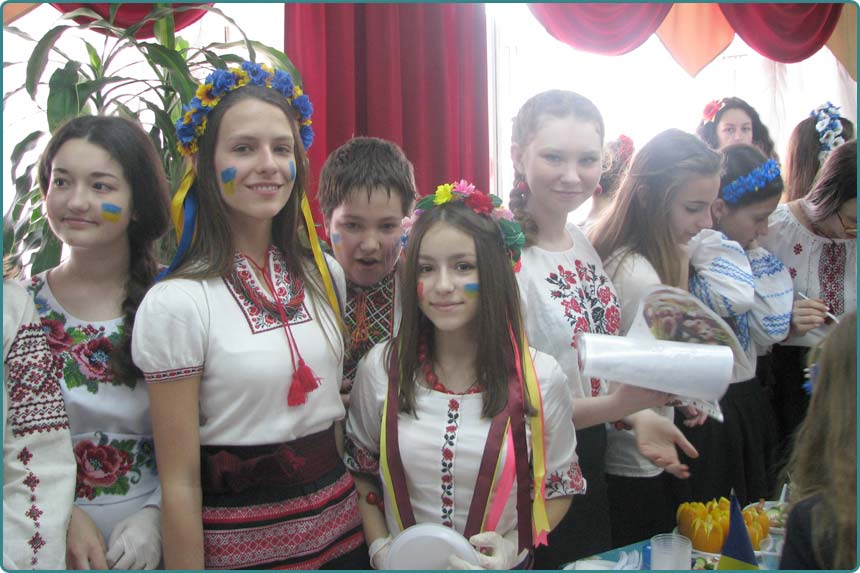 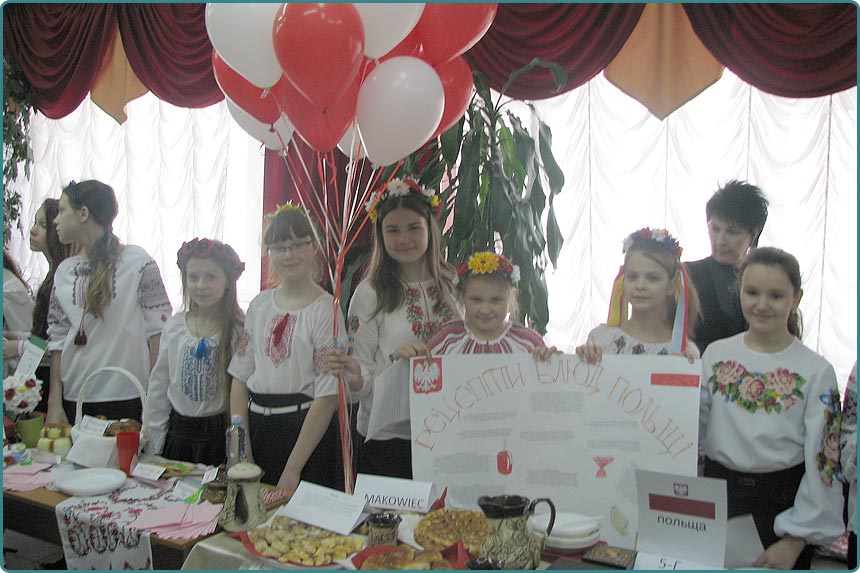 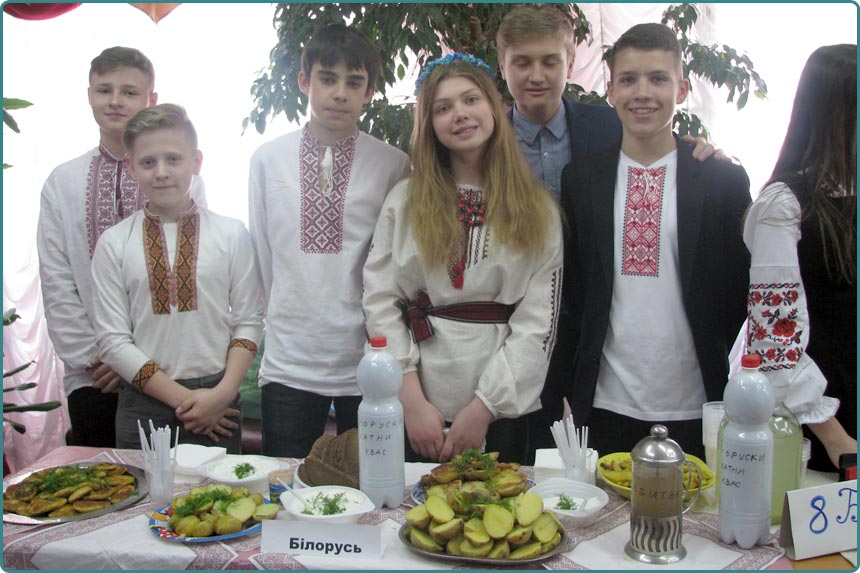 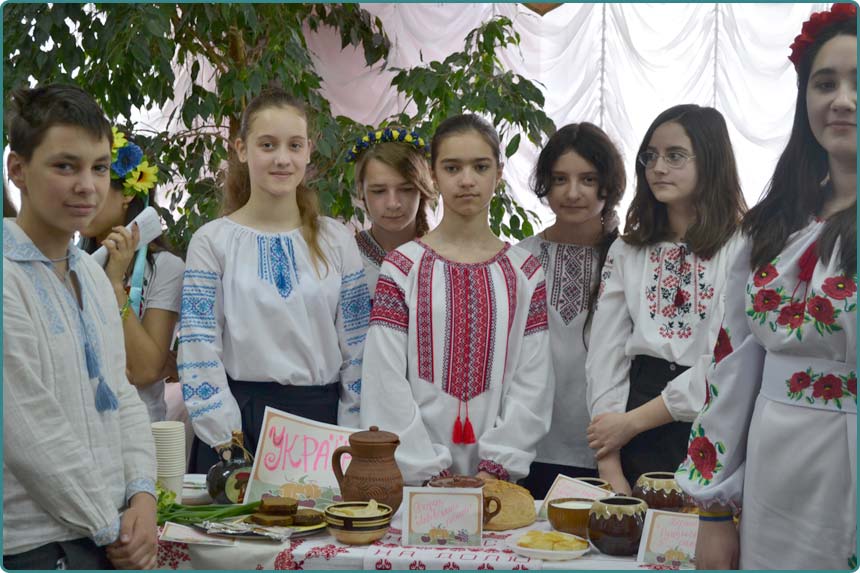 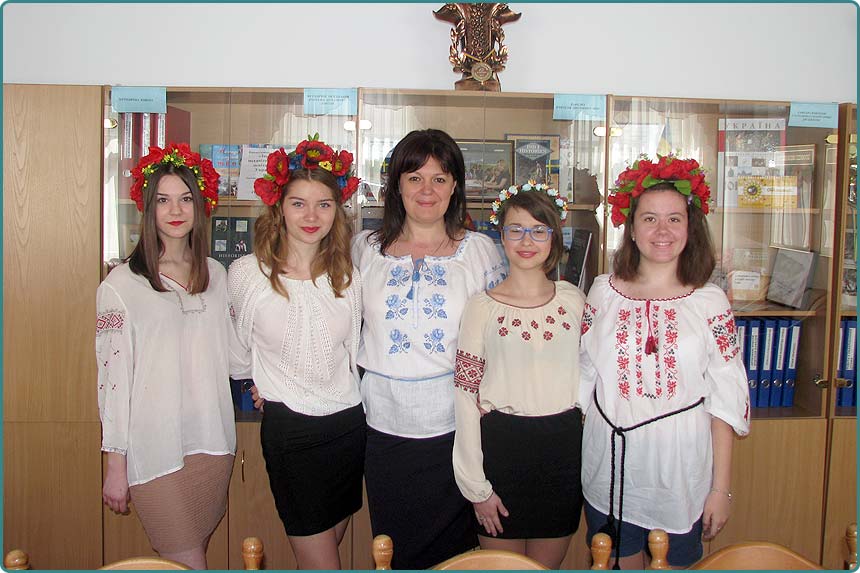 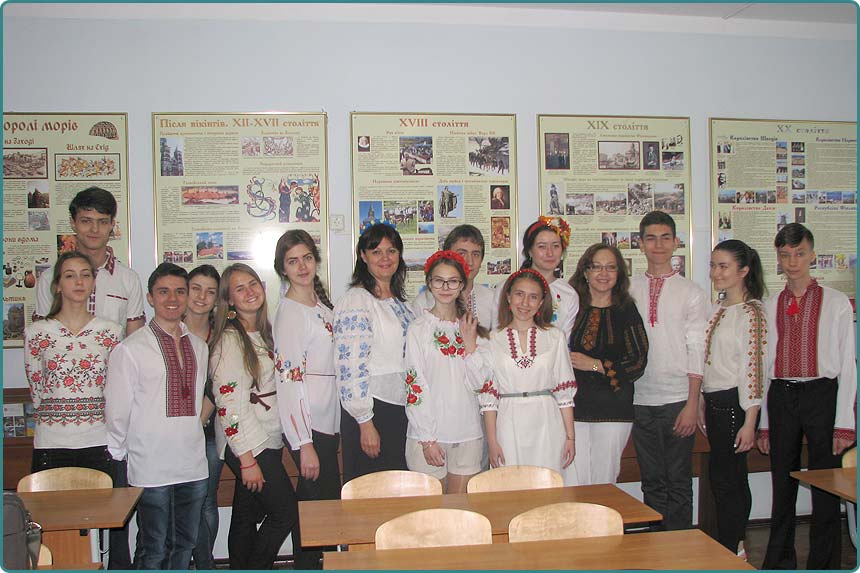 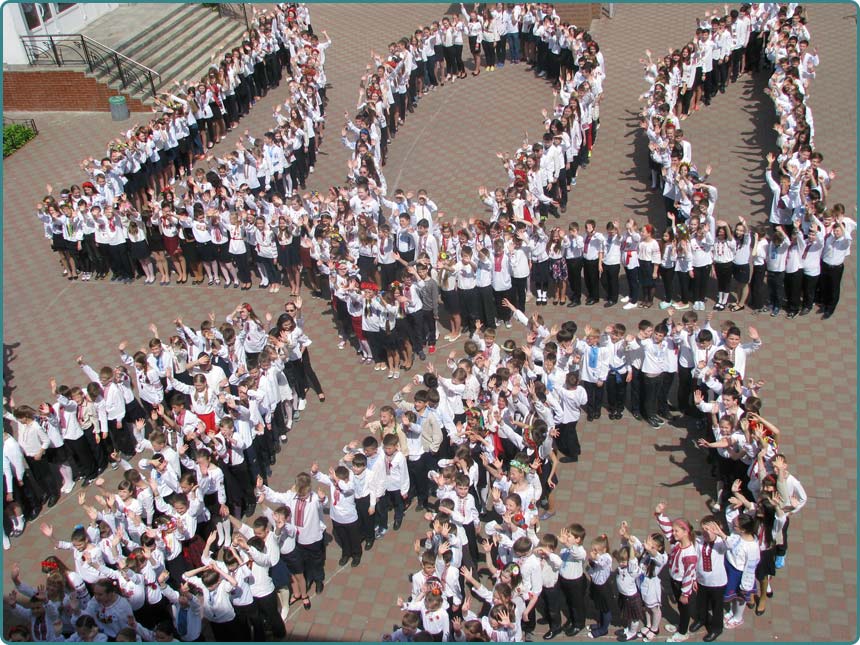