In October, Scandinavian Gymnasium was visited by the guests from Denmark: Michael Castor (Micael Castor), singer, composer and Tommy Hougord Nielsen (Tommy Hovgaard Nielsen), writer and musician who held classes with the students of the 8th and 10th-11th grades studying Danish.

The classes were held in Danish and English. So, the students had a wonderful opportunity to practice the language.

Tommy Hougord Nielsen told the students about the life and work of Hans Christian Andersen, sang fragments from a fairy tale "The Ugly Duckling" with them to the accompaniment of the guitar.  The lesson was held in a friendly atmosphere. In the evening a concert with the participation of our Danish guests took place in the House of Actors. Mr. Michael Castor, as mentioned above, is a singer, composer and writer who sings a lot and often appears on the stage at home and abroad. To the accompaniment of the guitar Tommy Hougord Nielsen gave a presentation in the House of Actors. The musician has published 13 books about Danish songs. His main hobby is the biography of Hans-Kristian Andersen. Mr. Nielsen developed a song version of the works of the storyteller that he actively uses in teaching music to students.

The concert was attended by Mrs. Karen Myulin, the Consul of the Embassy of the Kingdom of Denmark in Ukraine who greeted the guests. Among the guests were also teachers and students of Scandinavian Gymnasium.

The aim of the event was to draw attention to the problem of war and peace, human freedom and the right to a peaceful life without wars and conflicts.

The title of the event "Songs of Freedom" emphasizes the topic. At the concert the songs that were popular at the time after the Second World War in England and Denmark were sung. 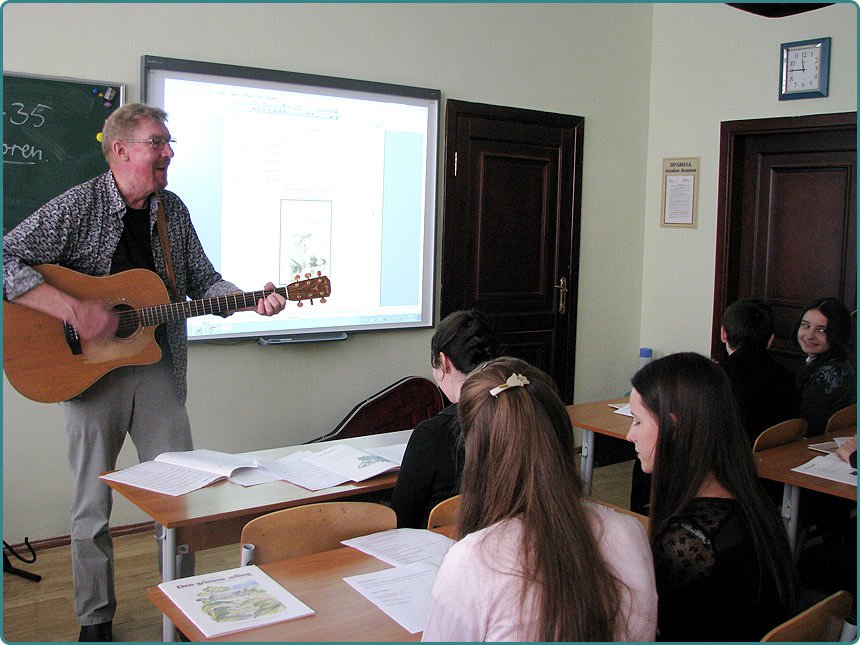 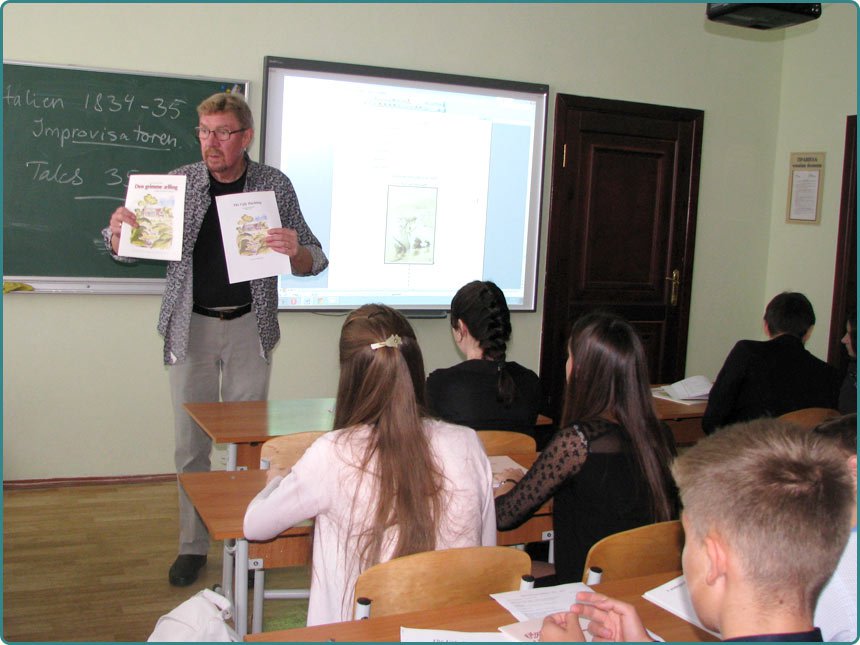 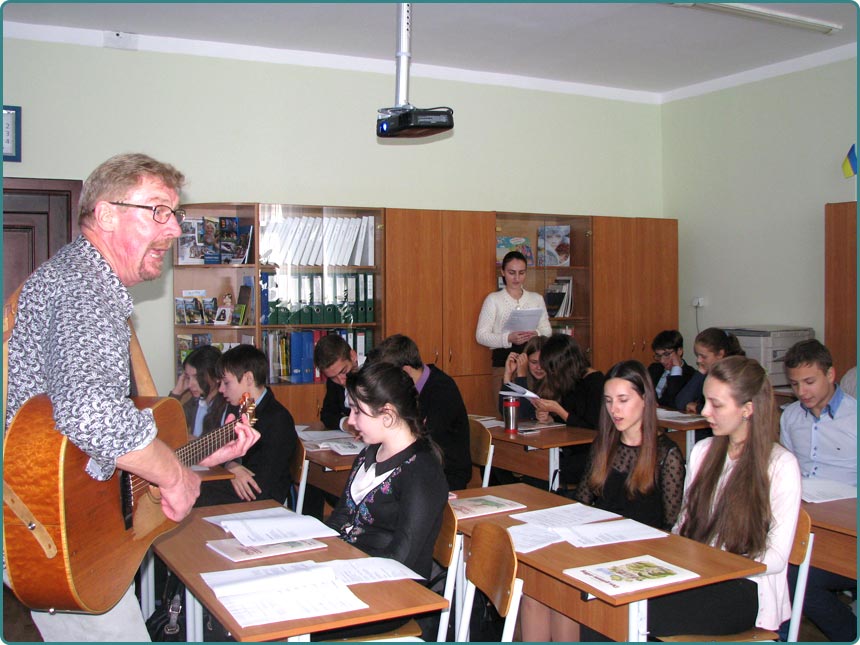 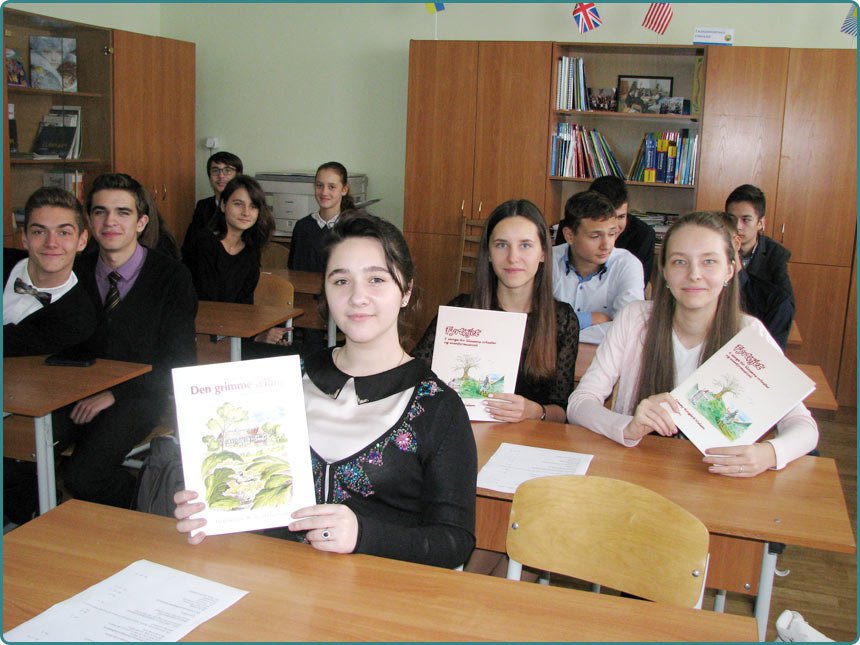 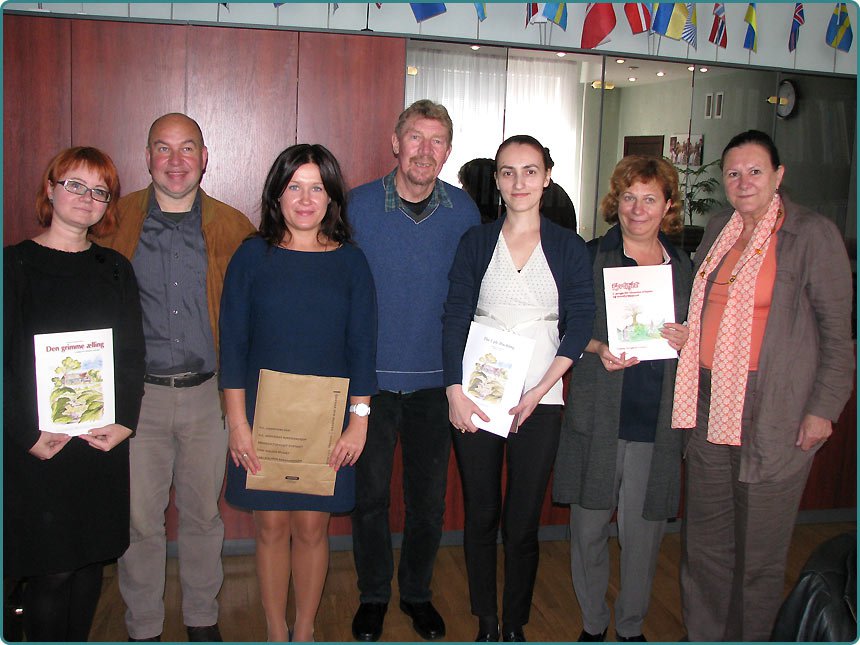