On December the 14th the Day of Saint Lucia which is a national holiday of Sweden was traditionally celebrated at Scandinavian Gymnasium. The students studying Swedish moved in carnival procession dressed in white clothes and with burning candles.

This holiday is associated with the Sicilian martyr Lucia, blinded, and killed for her faith in Christ.

The tradition of celebrating the Saint Lucia’s  Day has not changed much from the seventeenth century.

The ceremony of election and coronation of Lucia is held in Stockholm and Helsinki.  The outfit of the "queen of the holiday" is symbolic: the white dress stands for innocence and purity of the girls; the red belt symbolizes martyr's death; the wreath is a nimbus, a symbol of holiness, and the burning candle symbolizes light.

In every school Saint Lucia is elected, traditional carols are sung, and favorite saffron cakes with raisins are tasted.

On the eve of the holiday Peter Liden, Lieutenant Colonel of the Armed Forces of Sweden, the military attaché to Ukraine, invited our students, members of the "Merry Notes" choir, to his residence. The children congratulated the hosts on the national holiday and sang traditional Swedish songs. 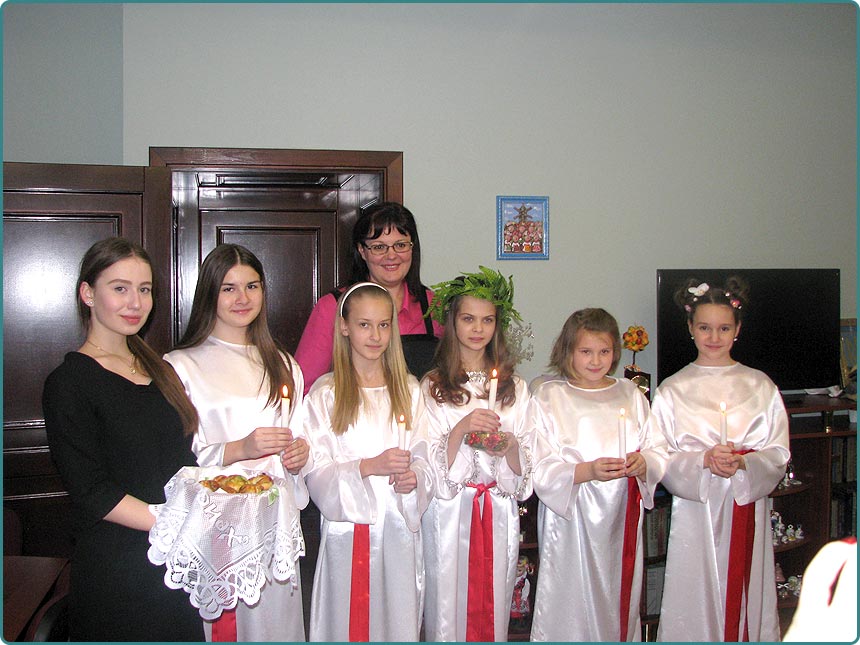 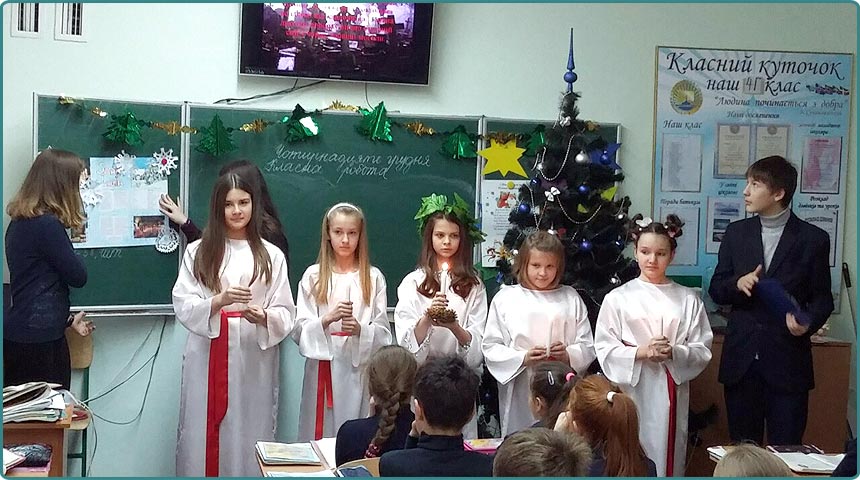 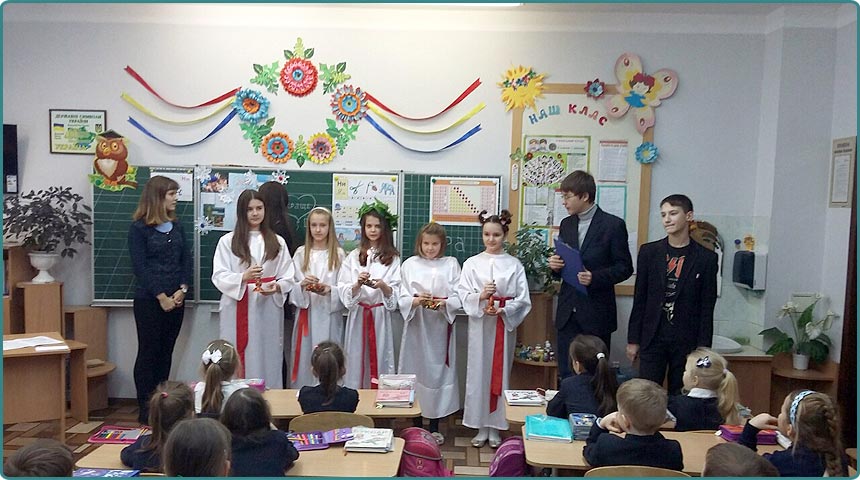