On May the 20th the exhibition "Anna Frank. The lessons of history" began its work in the framework of the project "Tolerance as a way of survival of mankind in the XXI century. The dialogue of killed in the XX century.. with those who live in the XXI century. Attempts to comprehend."

This project contributes to understanding the value of human life, formation of humanistic principles of a society, reducing aggression among the young people. The main objective of the project is formation of the civil society which recognizes the dangers of totalitarianism for the individual and for humanity as a whole.

The exhibition was created on the basis of a well-known diary of the Jewish girl hiding from the Nazis in a house in Amsterdam.

The exhibition is an exciting document revealing the policy of genocide which was carried out in Hitler's Germany. It makes you think about reducing the level of intolerance and aggression in your environment, about building a tolerant society and preventing the outbreak of violence that leads to tragedy.

The students of Scandinavian Gymnasium who were trained at the Institute of Jewish Studies work as guides at the exhibition. Our young guides conduct tours for their peers, friends, teachers, parents and all interested residents of Darnytsya district 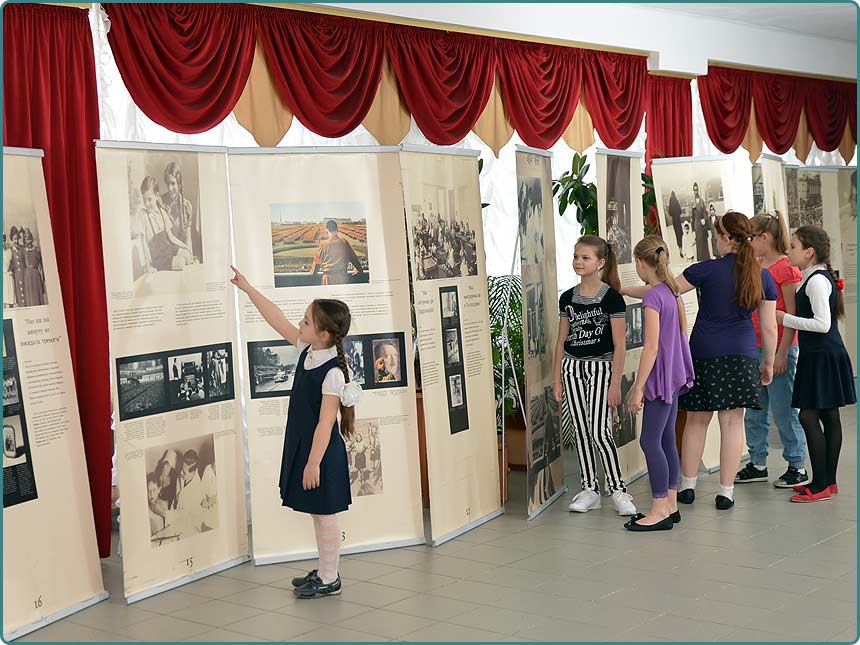 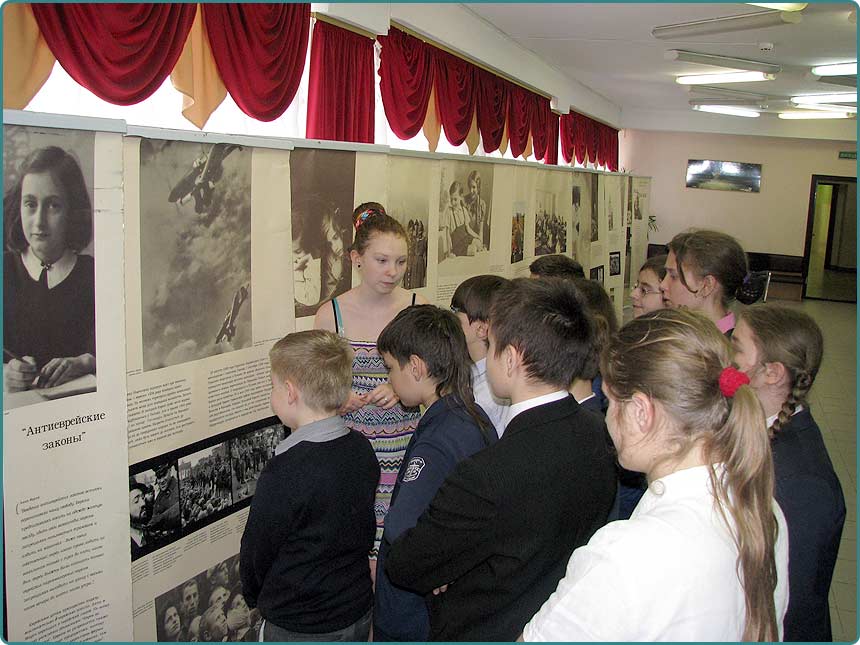 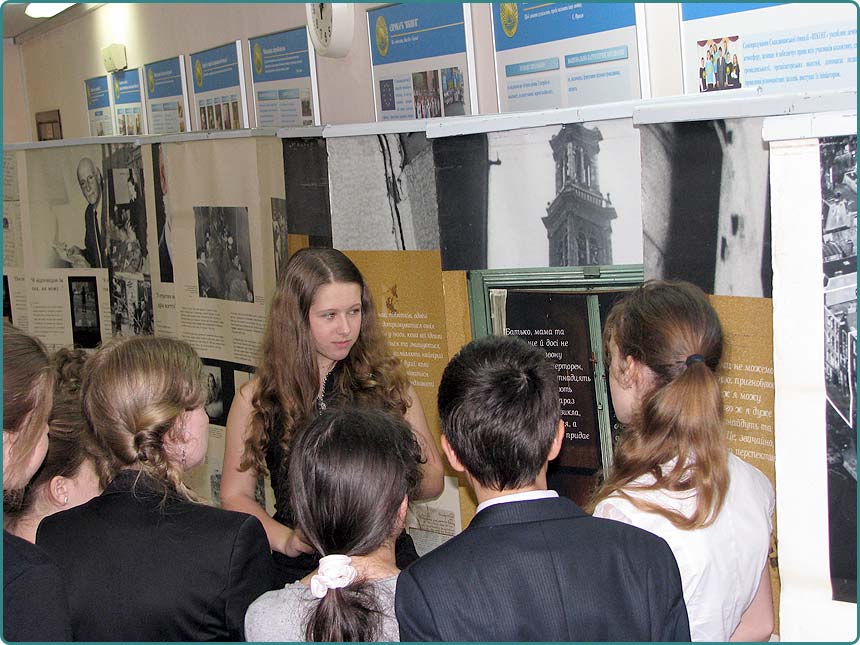