On December 7-8, traditionally, the ‘UN Model. Scandy – 2012’ scientific-practical conference was held at our gymnasium. This year's game was dedicated to the topical theme "The role of the UN in preserving the oceans." Different aspects of the topic were discussed in the six committees: WHO, UNESCO, the Committee on decolonization, on economic and financial, legal, social and humanitarian issues.

The conference brought together 18 teams from Scandinavian gymnasium and 14 teams from other schools in Kyiv, namely, the Engineering gymnasium, high schools number 136 and 323, the Dragomanov gymnasium, "The Leader", "Rusanovsky", “The Scientific Successors” lyceums, the Aerospace Lyceum, and school number 16.

More than 200 high school students took the initiative and became delegates from different UN member states. Each delegate represented the official position of the state trying to find a compromise with others. The results of the cooperation were six resolutions – proposals of the young people to solve the problems of global significance.

The guests of honor attended the conference: M. Goncharenko, the Chairman of the State Inspection of Educational Institutions of Ukraine, Maria Matsepa, the UNICEF Representative, Victoria Andrievskaya, the Specialist on Public Affairs of the UN office in Ukraine, S.  Vinogradenko, the founder of the international MOZIRON organization, Anna Kibenik, the UN journalist, Lambitsky Sergei, the representative of the Internet portal "Schodennik.ua", and Victoria Paliy, the representative of the "Youth diplomatic initiative" public organization.

At the opening ceremony 3B, 4B and 6D form students greeted the participants. The highlight of the event was a diplomatic ball where 140 beautifully dressed couples danced refined dances. The most
active students received gifts from the organizers and the Council of Parents.

All the participants were full of positive emotions and wonderful impressions caused by cooperation of parents, teachers, organizers and participants.

As always, the ‘UN Model. Scandy – 2012’ game became a bright, unique event, a declaration of the fact that by means of combining the joint efforts we can change the world! 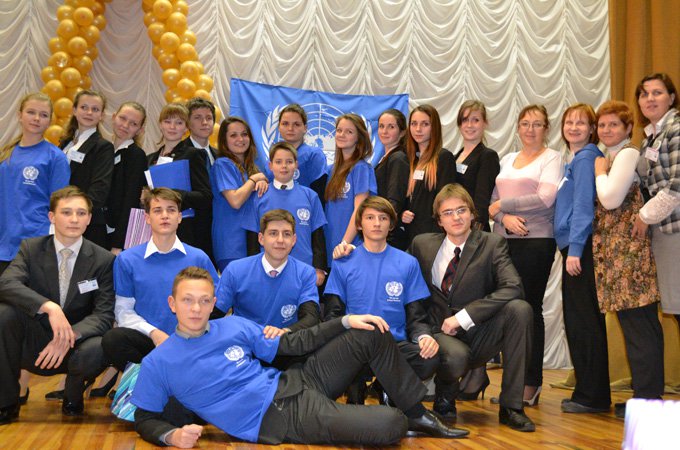 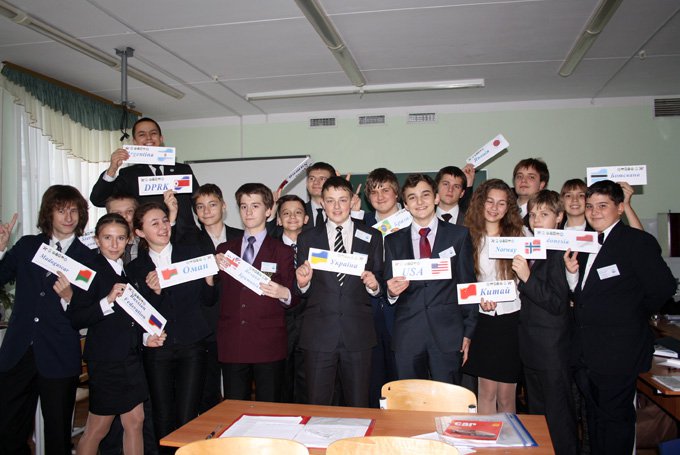 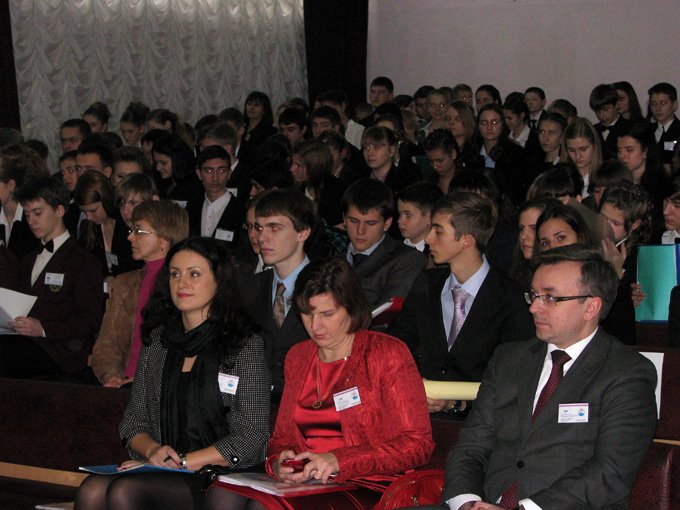 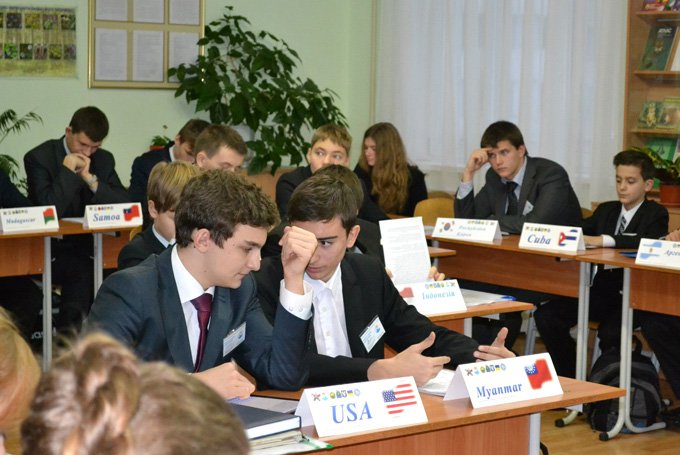