From the 13th through the 18th of April Moscow hosted the XV International Model of the United Nations. The game took place in Moscow State Institute of International Relations, in Russia. Every year a delegation of our gymnasium attends the event. This year, unfortunately, only one student - Oleg Fedornyak (10B) - attended the event because of the political situation.

Within five working days Oleg worked in the Committee of the General Assembly on the Peaceful Uses of Outer Space for Peaceful Purposes (COPUOS) and acted as a representative of France. He wrote a draft resolution, together with a delegation of Sierra Leone, which the Committee adopted as a working document.

The student of our gymnasium was satisfied with the trip, and the Secretariat of the UN Model hopes that next year our delegation will come to Moscow in full force. 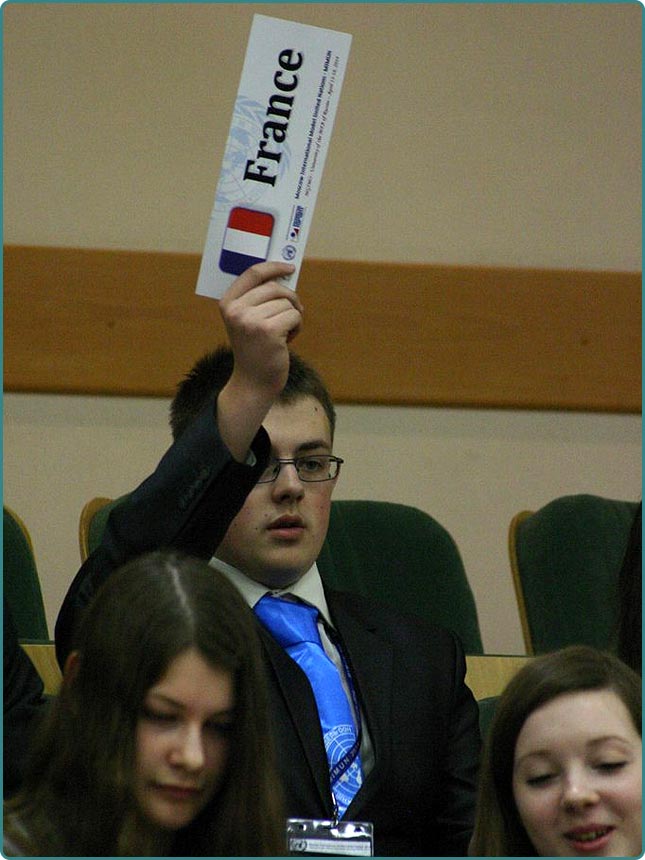 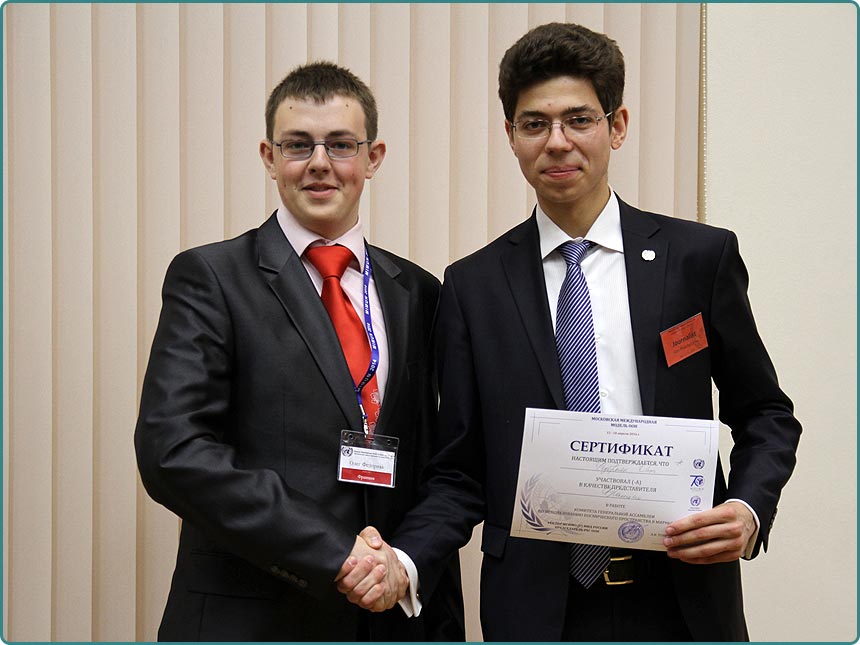 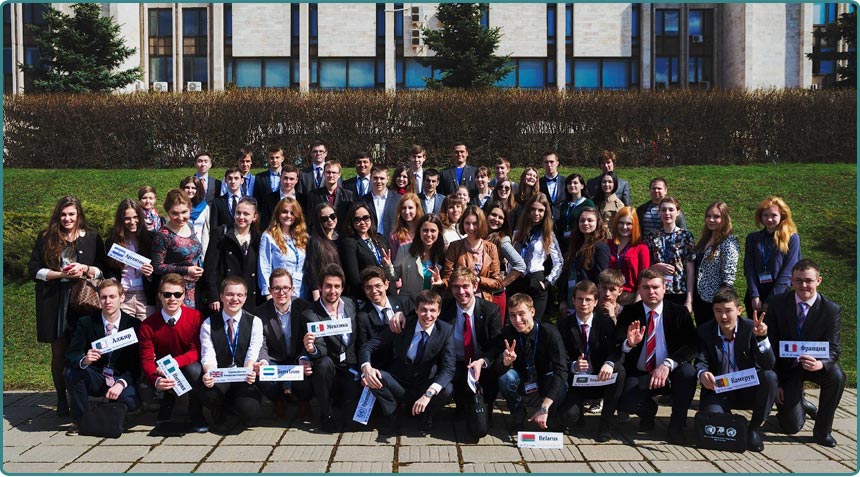