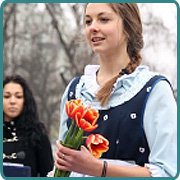 In the framework of celebration of the 200th anniversary of the Great Poet our students participated in various activities of the district and city level. The Readings of Taras Shevchenko’s poems in foreign languages was one of the most interesting events. 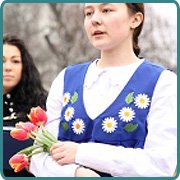 Natalia Dubok (8B) and Alex Lipsky (10A) represented Scandinavian Gymnasium: Natalia read the poem "The cherry orchard” in Finnish, and Alex read "And the dead and the living, and the unborn" in Norwegian. The jury was very complimentary about the talents of our contestants, and the students received diplomas and books.

On the 6th of March festive activities at the monument to Taras Shevchenko "And his word shall flow over the world" took place where Tatiana Sheludko, the student of Scandinavian Gymnasium (11 A) read Taras Shevchenko’s poems in the Danish language, and Alexandra Starshinova (11B) – in Swedish.

On March the 9th during the celebration of the 200th anniversary of the Great Poet our students were on the stage in the Maidan once again reading the poems by Shevchenko in Scandinavian languages. 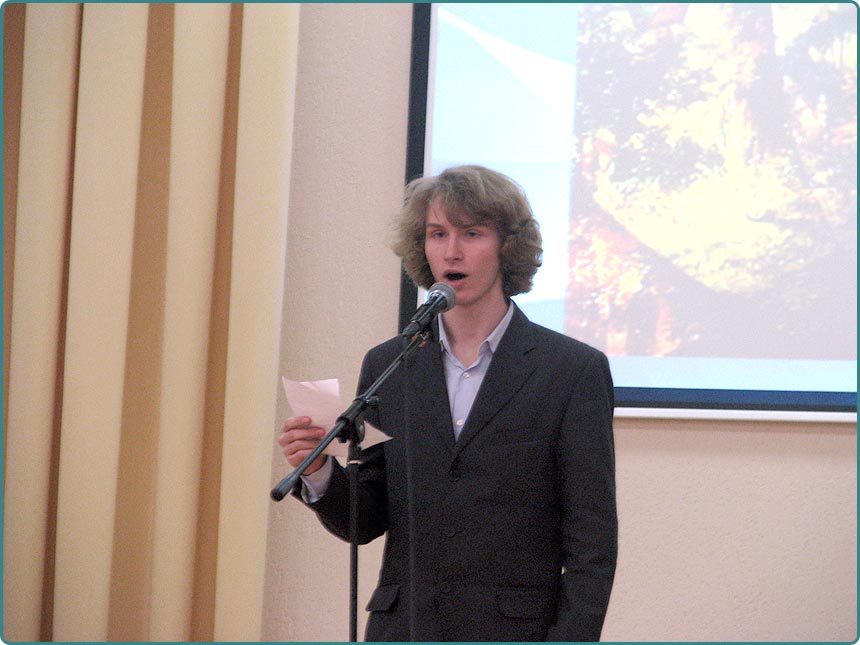